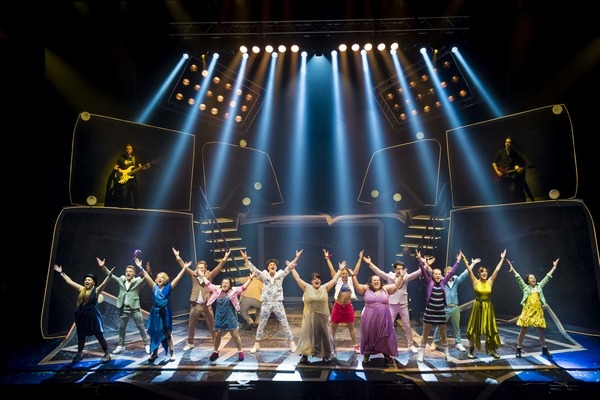 Take That, The Band is set to tour the UK, with lighting and AV specialists, White Light called upon to provide production equipment.

Patrick Woodroffe and Rob Casey are designated Lighting Designers during the tour. Casey commented: “Working closely with Projection Designer Luke Halls, our role on the show was to aid the storytelling by guiding the audience, in terms of progressing the timeline as well as highlighting moments of particular importance. Similarly, there are two large concerts in each time period so we needed a lighting rig that could easily replicate these.

“The overhead LX trusses are deliberately silver as one of them is in view for the concert numbers. We also have two large stadium truss frames, which we use a lot for the 1992 concert, along with an LX bar full of Sharpy Washes that we utilise for the modern-day concert; with the equipment helping to define the separate timelines,” added Casey.

The LD explained: “The main rig is made up of MAC Viper Wash DXs, MAC Viper Performances, MAC TW1s and Aura XBs. The set design is a series of almost Hockney-esque polaroid frame projection surfaces which are reflected on the floor. The Viper Performances were perfect to form the shape of the rooms used in each scene, cutting out other parts of the stage. The Viper DXs are the workhorse of the rig in terms of general washes and the barn door feature was essential in keeping light off the various projection surfaces.

“The Auras were spec’d in order to give thick, saturated colours as a base level during the production numbers. The MAC TW1s do a lot of work in terms of face lighting. We were very conscious that the show needed to be as tour-able as possible, which is why we have a minimal front of house rig so that we can replicate the show on each move”.

The show opened in Manchester, moving to Lyceum Theatre in Sheffield before touring the rest of the country, concluding at the Edinburgh Playhouse in July 2018. “WL has been great, as always, with this production. They have constantly adapted to any changes in the rig and have been extremely accommodating throughout. This is a brilliant show and we look forward to sharing it with the rest of the UK,” Casey summarised.