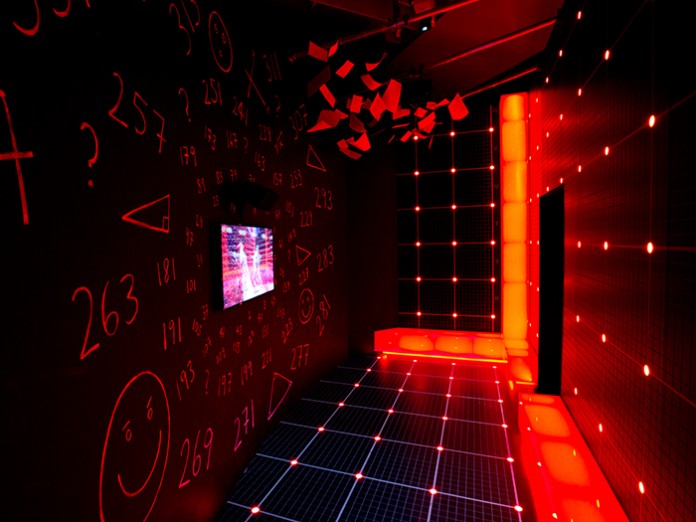 White Light has provided production support to Curtain Up, an event celebrating 40 years of theatre on both London’s West End and New York’s Broadway. Created in partnership with The Society of London Theatre, the Victoria & Albert Museum and The New York Public Library for the Performing Arts at Lincoln Centre, it explores the craftsmanship that goes into creating award-winning plays, musicals and productions.

Project Producer Harriet Usher oversaw the project, commenting: “The main focus of the exhibition was collaboration, and the skills that go into creating theatre. Every theatre production involved numerous individuals, from the designer, to the director, to the lighting designer to the technician. The exhibition celebrated that extraordinary synergy that happens when all of those skills are channelled into a production and shines a light onto the process and craft – something most people don’t get to see.”

Anna Landreth Strong, V&A Curator of Modern and Contemporary Theatre and Performance, stated: “Theatre is incredibly immersive and imaginative and we wanted this to be reflected in the exhibition. We wanted it to be a living, breathing experience that would transport people into the shows we were exhibiting. We were aware of how the production support would play a vital role in this, hence we approached WL.”

The exhibition was co-designed by Tom Piper, who worked with WL on the Blood Swept Lands and Seas of Red poppies installation at the Tower of London, and Alan Farlie of RFK Architects. Zerlina Hughes of Studio ZNA created the lighting design, with sound design by Ben Harrison and Gareth Owen. WL worked closely with all of the designers to bring their vision to life. Richard Stirzaker, WL’s Project Manager, commented: “We saw the plans for the exhibition and liaised with the designers on the exact feel they wanted. It was then down to us to draw on our expertise, experience and equipment to create this.”

The exhibition featured a red carpet, which guided visitors into the main space, where they were greeted by props and costumes from classic shows such as A Chorus Line. There are also interactive set pieces which recreate the most memorable moments from current West End productions such as The Curious Incident of the Dog in the Night-Time and Matilda.

Stirzaker explained: “We wanted those who visited the exhibition to feel as if they had walked directly into Broadway or the West End. This involved using 115 ETC Source Four lights, EM Acoustic speakers and Christie 5K projectors. For ease of use, we also created a timed-system which controlled the various production disciplines for the Museum’s convenience.”

WL spent two weeks prepping in its London warehouses before spending three days on-site at the V&A to create the intricate setup.

Landreth Strong commented: “This exhibition had been in the making for some time now so it was important that what we produced managed to not only celebrate the relationship between Broadway and the West End but that it was also exciting and engaging for those who visited.”

Usher added to this: “Curtain Up was ultimately a beautiful microcosm of the collaborative process that is theatre. It feels fitting then that such a successful collaboration actually went into what was an unforgettable exhibition. We are hugely grateful to WL for helping us create something we believe has never been done before”.

“This was an ambitious project with tight deadlines so we were extremely pleased with what we achieved. We really enjoy working in museums such as the V&A and on interesting exhibitions such as this which really get the most out of our numerous skills,” Stirzaker concluded.