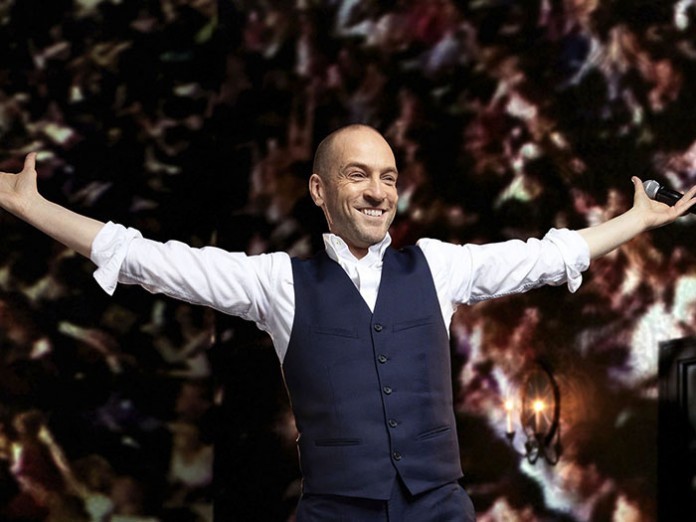 Featuring astonishing illusions, unfathomable tricks and a magic spectacle like no other, the show has already achieved mass critical acclaim. Following its work on Derren Brown’s previous shows, White Light once again provided the lighting support for the illusionist’s latest outing.

Tim Mascall is the Lighting Designer on the production, having already lit four of Derren Brown’s shows since 2006.

“When lighting the show, I had to think about these elements yet also consider the audience’s role. Their participation is incredibly important and I wanted to make them feel like a vital, inclusive part of the evening, hence this had a huge impact on what I decided to use with the rig.”

Alongside wanting to create a very specific lighting design, Mascall had to cope with the logistics of lighting a production that would eventually go on tour. He stated: “Flexibility was absolutely key. When the show travels throughout the UK, FOH positions will obviously vary from venue to venue.

“Therefore, to make things consistent, the majority of the onstage rig is housed in two-custom built vertical trusses, designed by Production Electrician Andrew Murrell, and one flown overhead truss.”

Mascall added: “It was fantastic that I had such a great selection of lights to work with. It ultimately meant that I could achieve the exact effects required to allow the show to achieve its full potential.

“I am extremely grateful to White Light for their constant support throughout. Whether it was a specific question, or a last minute request, nothing seemed to be a problem”.

Jedd Hamilton, White Light’s Hire Manager, commented: “We have a strong reputation for supporting theatre shows of all shapes and sizes, particularly within the West End.

“Therefore when it comes to something slightly different, such as Derren Brown: Miracle, we are able to use our vast experience and expertise to work with designers such as Tim and help them fulfil their requirements.”