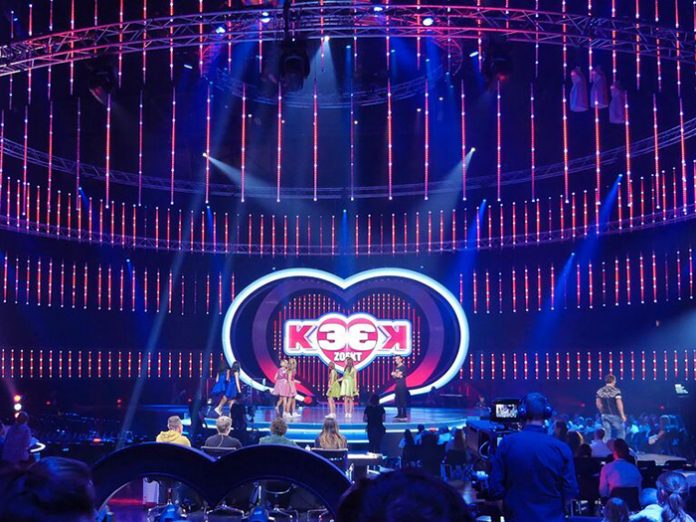 K3 zoekt K3, ‘K3 searching for K3’, was transmitted from the largest TV studio in Belgium, with the hopeful contestants being judged by both the audience and the group’s existing members.

Videohouse’s Head of PA Ad van Beek explained: “K3 is a massively popular group here – you could compare this event with searching for a replacement One Direction in the UK – so the size of the TV venue reflected that.

“The AED Studios in Lint measure 80 metres by 30 metres wide and 15 metres high. We had an audience of about 1,800 and the show went out weekly on Friday nights from 4 September for ten weeks.”

Working with distributor Amptec, Van Beck chose d&b audiotechnik’s V-Series of loudspeakers. He used a combination of V8’s and V12’s for the main L/R arrays, with more V8’s as side fills. Amptec also delivered a selection of d&b’s new V7Ps to cover blind spots.

The final episode of the contest was the most viewed programme on Belgian national television in 2015. It was broadcast simultaneously in Belgium and the Netherlands, reaching 3.4 million live viewers.