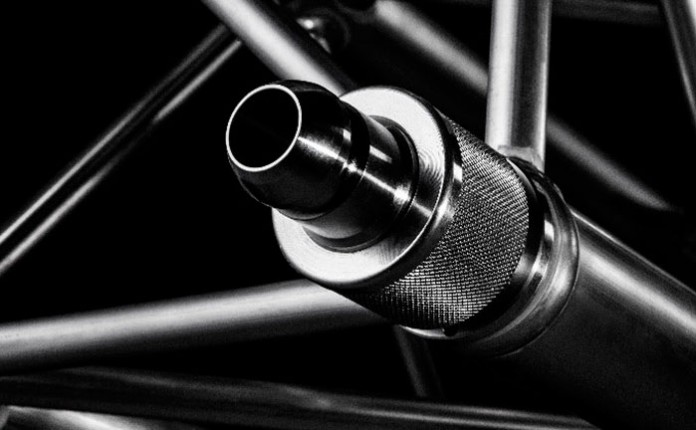 The Verto truss has been one of the most mentioned product innovations of the Prolight+Sound exhibition. From the launch on 5 April until the last day of the show, a record number of visitors have tried and tested the Verto truss, while quite a few were brave enough to take up the Verto Speed Challenge. The speedy and very silent truss sets records in assembly and disassembly times.

“The feedback we received during the show has been tremendous, we have been constantly busy. We’ve raised an immediate demand for this truss, way beyond our highest expectations” said Ralph Stockley, CCO.

“We knew the Verto truss would draw attention as the first real truss innovation in years” continued Eric Laanstra, Product Manager, “But you never know to which extend. The Verto truss has received very positive feedback, that’s very rewarding.”

The Verto truss can be assembled by a simple rotating locking system, securing the truss in seconds without the need for tools. Due to this, assembly is almost completely silent, thereby greatly adding to safety on the work floor. Tested general sound levels are around 55dB, where a conical truss system generates a sound level of 80dB during assembly.

“We know we would shake up the truss world a bit, but still, this was a dream launch, you never dare to hope to receive such wonderful feedback on a product presentation, we’ve been the buzz of the show” added Marina Prak, Head of Marketing. “It’s wonderful we now can offer this product with a special 25% introduction discount, celebrating our 25th anniversary in style.”

In the coming months, Verto truss can be found on various trade shows to give all that have missed the presentation in Frankfurt a chance to see and test the product first hand.