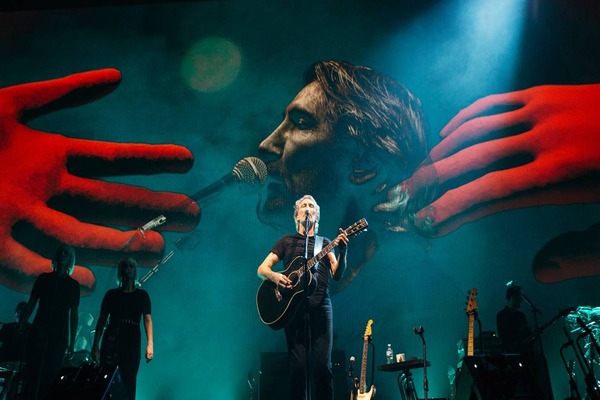 Former Pink Floyd frontman, Roger Walters has been treating sell-out audiences to tracks from the band’s back catalogue during his Us + Them world tour. At side of stage sits Monitor Engineer Matt Napier, working from his trusted DiGiCo SD7 console.

Napier started working with Waters last year for his shows in Mexico and Desert Trip. Waters’ previous engineer, Ian Newton, unfortunately passed away a few years ago, so it was an honour for Napier to fill such shoes.

“I felt a lot of responsibility to do Ian’s memory justice, and make the gig work as smoothly as possible,” Napier said. “We didn’t have a lot of rehearsal time, so it was intense, but the shows went really well. You just have to do this music justice.

“The surround system installed in each venue makes the aural experience very immersive for the audience, and the visuals are absolutely stunning,” Napier explains. “Roger really is the captain of the ship, and steers its direction, but he allows the musicians to explore their creativity and add their own flavour. He is always fair, and very professional; if there’s a technical problem, as long as you’re honest, he understands,” explained Napier.

“I keep playing with other consoles, but the SD7 is still the only really serious choice for a show of this complexity; and actually, it’s not just about the channel count,” Napier insisted. “The SD Series sounds fantastic, too, and the flexibility of the SD Racks and SD-Mini Racks, the redundancy, and user flexibility means nothing else comes close. I also have two SD Racks dealing with stage inputs and IEM outputs, and a Mini Rack, which takes care of some analogue inserts.”
To help deal with this vast setup, Napier uses snapshots on his SD7 quite extensively: 53, to be precise. “I run them all in ‘relative’ mode so that any changes in soundcheck can be adjusted across the board,” he explains. “All the snapshots are fired via SMPTE. All the music is live, but we also have a lot of sound FX running for the surround PA, which I also feed into the IEM system. Due to the massive visual element and video content, the SMPTE is always running. It’s actually a godsend for me, as once programmed, I can let the snapshots/SMPTE control all the mutes, major level changes, guitar changes, vocal mics; that frees me up to actually listen to, and actively mix the show for Roger. Well… it’s a godsend now, but it took quite a few late nights programming to get it all running so smoothly!”