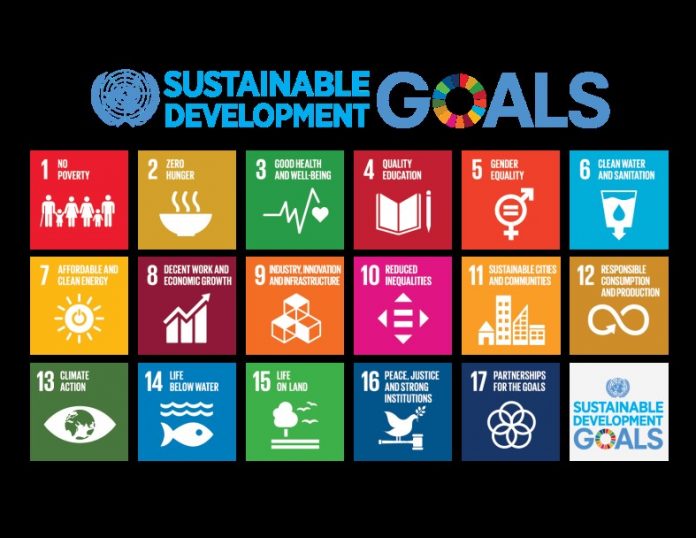 Unusual Rigging has announced that its support of the United Nations Sustainable Development Goals has been recognised by Support the Goals.

The UN Sustainable Development Goals, also known as the Global Goals, or SDGs are a plan to end poverty, extreme inequality and climate change by 2030. Agreed in 2015 by world leaders, these goals can only be achieved with the support of businesses.

Unusual Rigging has joined Lego, Nike and other global brands as it publicly builds its plans, commitments, actions and progress towards the SDGs.

Unusual has gained its first-star rating – a maximum of four stars can be awarded as the company progresses and communicates its journey to support the goals.

Tom Harper, Director at Unusual and also Head of Sustainability commented: “On face value, the goals laid out by the SDGs may feel too broad and interdependent, hence way beyond the scope of an entertainment rigging and engineering company’s influence. Yet with headlines such as “Only 12 years to act on climate change” or“Human activity causing the 6th mass extinction”, it becomes incumbent on us to act – however small our organisation, or limited our impact may seem – being part of ‘Project Everyone’ means just that – a contribution to something greater.”

Unusual has been working on sustainability for several years, incorporating the principles of a circular economy within its business practice, from running on renewables (SDG7) to ‘closing the loop’ through RFID technology, on thousands of items of equipment.

Harper continued: “In a circular model, businesses aim to create an economy that is restorative by design. In our case, we aim at keeping resources in use for as long as possible, capturing the maximum value from them whilst in use and reusing, refurbishing and redesigning to sustain their value further. These activities align directly with SDG12 – responsible consumption and production.”

Just this month, Unusual has recouped more than 5 tonnes worth of ‘technical nutrients’ from its current refurbishment project at the Theatre Royal on Drury Lane. Tom commented: “These are bits and pieces of old kit which we have identified as being perfectly good to be reused. It would be all too easy to take the attitude of scrapping it all. Instead, we now have a guy in the yard who has been tasked with sorting through every item we have retrieved from the site and to identify every item that can be put into use again. It’s actions like this that will make a huge difference over time.”

Unusual has identified its commitment to SDG 9 through its ongoing collaboration with the Sustainability in Production Alliance.

“More recently, we have embarked on discussions with the ABTT on the value of creating a new technical standard that endorses the principles of a Circular Economy,” said Harper.

As well as its attitudes to environmental sustainability, Unusual has recently embarked on exploring social sustainability from within its organisation, developing a wellbeing program owned and developed by the workforce, for the workforce. This has included providing mental health first aid training for those keen to recognise fellow colleagues who may be struggling, as well as creating a wellbeing group that meets quarterly to address opportunities for innovation and improvement.

Colin Curtin, MD of TBL Services and co-founder of Support the Goals, commented; “It’s fantastic to see Unusual Rigging building and communicating their support for the UN Sustainable Development Goals. Tom and the team are doing a great job to reduce unnecessary materials use in the entertainment industry, and they understand the importance of aligning their work with the global plan to make a better world by 2030. By telling the world about their efforts, they raise awareness of the challenges we all face and help to make the goals famous.”

Harper said, “As a small SME focusing on doing what we do best while steering carefully through an increasingly volatile world, it can all too easily feel as if our impact is too small to count. Supporting some of the SDGs is a small step that contributes to an integrated whole – as global business culture continues to shift towards a regenerative economy that ambitiously aims at peace and prosperity for all; we can be just one of the many committed organisations in a vast global ocean of SMEs, contributing towards an essential and empowering sea change.”