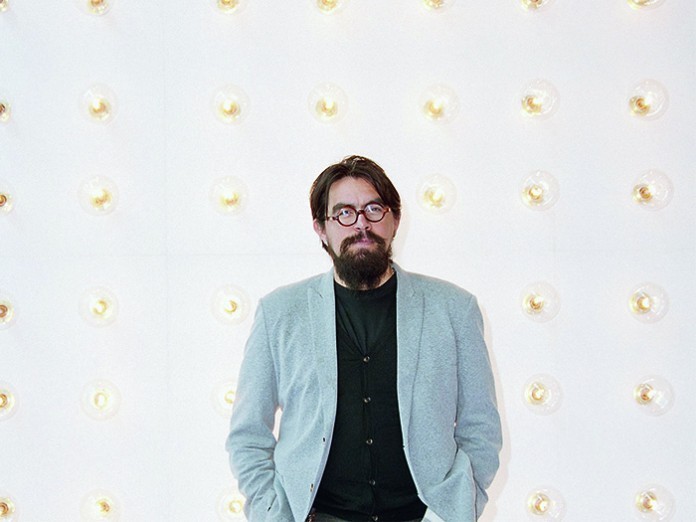 MFW 2015, what are you lighting and for which fashion designer?

Moschino, Pucci, MSGM and Sportmax. It’s our third year with Moschino, we started with ‘Cheap and Chic’ in London, then working with Jeremy Scott and his Menswear Collection. This season, we worked together for Womenswear.

Is this a brand you’ve wanted to work with for some time?

Fashion is known for being a tough industry with some characters less favourable than others and can be hard dealing with so many egos, but it’s enjoyable working with the Random, the production company, as it is Moschino. Since day one it has been a very creative and open-minded process, allowing all talent, including us, to contribute ideas with the freedom to create some very cool and unique atmospheric lighting concepts.

When you were deciding on the design for this show, did you have a clear brief or was this a collaborative effort from the outset?

We have been covering fashion week for so many years, we know our clients and how the industry thinks and works. Time is tight, as are the turnarounds, so with the designers we usually get a very good idea instantly of where the fashion house is heading with the collection. With Moschino, we knew about the idea of the collection since May. Jeremy was very clear that the concept of the show was tied to his collection, and we were asked to consider various conceptual options to find the most visually effective solution for the show. Jeremy knew what the collection was going to be like and he pushed both the production and creative teams to develop and deliver a show that would truly encompass all his ideas. He wanted the show to focus around a construction site, roadworks and a carwash. He challenged first the production to find a suitable space for such a concept, and then asked us to express his ideas and create the environments to surround the collection. He wanted such a strong visual reference, that up until 30 minutes before the doors opened, we were still developing the show’s atmospheric effects.

From what you’ve described, the show sounds like it needed a lot of trust between the creative and the technical crew. What kind of challenges did this production design pose?

The amount of paperwork that was sent back and forth between production, set, lighting, decor, etc was immense. By the time the show went live we had at least 45 revisions. The key is the strength and quality of the team. From our side, on this particular job as with many of our Fashion Week clients, Muly Yechezkel looked after it as Lighting Director, he’s one of the studio’s core members. He is brilliant at managing the client’s expectations, overseeing paperwork, changes and especially the focus on site, as in this case we were doing various Milan Fashion Week shows at the same time which is incredibly demanding and requires both extreme focus but also flexibility. My role as the designer is to create the conceptual elements of the shows, and Muly makes sure the finer details are in place with all tools ready and available. The relationship we have is a very important part of the process and is how we achieve the results we do.

You describe yourself as an artist first and foremost, perhaps many fashion designers would describe themselves as such too. With events like MFW – where the global mainstream press is watching – do you view it as a sort of moving art piece rather than a live event?

Yes, as a form of live entertainment; it’s like watching a performance piece. The clothes, the movement, set, lighting, make-up all work together, allowing it to become a theatrical performance. The models are told to enjoy themselves, to laugh, work the room and pose as performers. Jeremy in particular with this show, wanted them to really enjoy the moment and the reaction from the audience made it very clear that this was a unique experience with a lasting impression.

Once the theme and technicalities were all in place, what were your overriding priorities during the show?

FOH was situated at the top of the main truss, which meant that we couldn’t see the show from the desk! Therefore while I was on the side (the only place I could see the show from), the operator was at the back. So we relied heavily on hand signals, since there was the backstage, the carwash structure, audio and cameras to think about. The hardest part was when the carwash started moving for a gag because we lost the view of the catwalk, and then it became more about understanding the timing of where the model was. It made the event look even more dramatic because we were unveiling each new element and performance space to the audience and cameras bit by bit.

What were your magic ingredients this time around? And who did you choose as your supplier?

Our Italian technical supplier was MMS. As usual, when dealing with such a long catwalk, we rely heavily on the power of ETC Source Fours in various degrees and ARRI 1K fresnels in order to achieve the even intensity that we want across the space. Knowing that we needed to create various effects, we started adding different types of lamps that would allow us to change the dynamics of the space and stay within budget. We had a main truss at the front of the catwalk with four levels of truss and a combination of 5, 10, 14, 19, 26, 36 and 50 degrees of the Source Fours, adding the four ARRI 1Ks. The two trusses above the carwash set created the front and back lighting for the rest of the catwalk. As we couldn’t get all the light coming through the carwash doors, we instead used them as a set piece to create two independent spaces. Here we placed 12 ETC Source Fours in varying degrees, and four ARRI 1Ks. A third truss was placed at the end of the catwalk to give light to the entrance and exit areas for the models. The backlight here comprised of a further eight ETC Source Fours and four ARRI 1ks. We also had eight ADB Svobodas for scenic side lighting. The catwalk also had a truss on either side which hosted the effect lighting. For this, each truss had four ACL bars, six Vari-Lite 3000 Spots and six Martin Professional MAC Auras.

How would you sum up the creative experience as part of your portfolio?

It’s always interesting to work abroad. With MFW, I have the benefit of being able to speak fluent Italian which facilitates communication between all the teams without the need of a translator! This also helps in terms of creating an environment of fluid cooperation and, ultimately, friendship. It is very exciting to do work on shows like this due to the amount of attention that is given to the creative team, as well as the freedom to experiment and present ideas that will enhance the show. It’s a project that we’ve really enjoyed.

What does the future of lighting design in catwalk productions hold?

Visually – marrying more into multi-sensory and live atmospheric experiences. Technically – integrating with the use of multi-faceted illuminated mediums and also more conscious solutions. This MFW saw shows like Moschino moving into the future alongside Pucci, MSGM, Gucci, Prada and many others. They have broken away from tradition. We believe that we played a part and that’s something that we feel privileged and proud of. Moschino is a big fashion house and in Jeremy Scott they have a man that has a lot of ideas on how to make fashion shows fun again. Hopefully, this has opened the doors for other fashion houses and creatives to get involved.