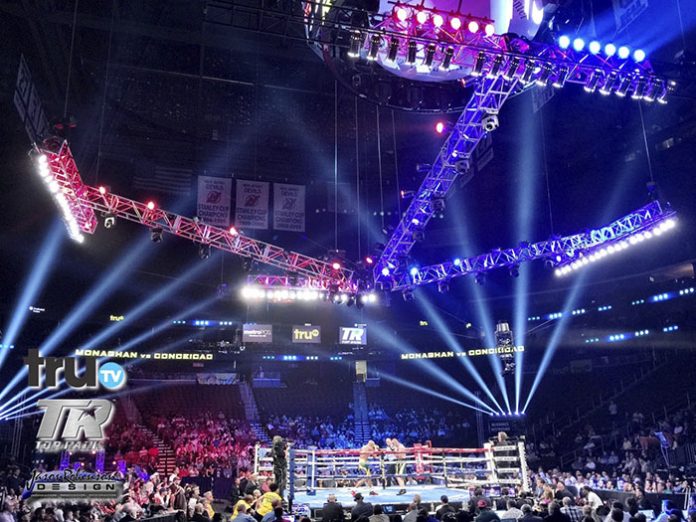 From touring productions and special events to installations, Capture allows users to virtually design the lighting, truss, stage and scenery for shows or projects in a 3D environment. It includes a vast library of popular manufacturers’ lighting fixtures, as well as props and can even incorporate video. Universally regarded as easy-to-use visualisation software with a fast learning curve, Capture provides the ability to produce high quality renders and artwork for customers, and detailed plots and specifications. Elation Professional has been distributing Capture in the U.S. and Europe for the last four years.

One advocate is LD Jason Robinson, who uses Capture to create virtual designs for WWE professional wrestling and to design lighting for Top Rank Boxing: “I now use Capture in my daily work and it has changed the way I think about the design process,” he stated. “After I finish a drawing in SketchUp I just drop it in Capture. It’s a seamless import and then it’s simple to place the lights and turn them on. I can get all the attributes of a fixture.” He has used Capture in his design process the last two years, including as a valuable sales tool to put together virtual presentations for clients. Because Capture can be used offline with no console attached, Robinson will often use it while sitting on a plane although he admits he doesn’t yet use the software to its fullest.

Another top Lighting Designer, Eric Wade, recently worked with Robinson to create mockup renderings in Capture for a mesh ceiling for the Detroit Red Wings’ new building and reported that it did a fantastic job.

Victor Fable, one of the U.S.’s most sought after Lighting Designers for television said: “Capture is a great addition to any lighting designer’s arsenal. It’s the go to item when it’s time to take designs to the next level.”