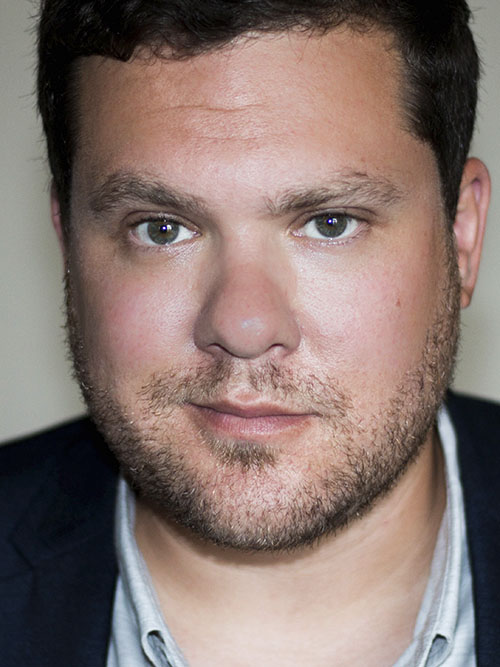 Where do Troxy’s origins as a live events venue lie?

Troxy has had a very diverse history; it opened as a Grand Cinema in 1933 before becoming a rehearsal space for the Royal Opera House in the 1960s. In the 1980s it became home to Mecca Bingo, although with the advent of online gambling, Mecca decided to close the operation in 2005. The venue was then purchased by the current owners who restored as much as possible to its original glory and opened it as a music venue, and it is now one of London’s few remaining, independently owned event spaces.

Since its operation as a live venue, what kind of technological advancements has it seen?

Last year we made significant investment into improving the Wi-Fi network infrastructure throughout Troxy with a £30k investment, giving us one of the best in-house systems available in the UK. In the coming weeks, we are installing our new AV distribution system, video mixing kit and new TVs at an investment cost of £40k. We’re just shaping up our investment plans for the next few years, and are keen keep up the installations of advanced kit within an old space.

Robbie Williams is a nation favourite and has largely made a name for himself as a live performer from stadium tours. Do you think his Troxy performance sends out a certain message to other independent venues across London and the UK?

Certainly. The popularity of independent venues is increasing as people look for the complete event experience. It’s a common misconception that older or more unique buildings lack the infrastructure that you would usually find in the latest buildings. We’ve shown that as an independent venue we’re just as capable.

What is the key to your success as an independent venue in London where many are fighting to survive the threat of closure?

The versatility and flexibility of Troxy enables us to host a variety of events, meaning we are able to span a host of different genres. We have a strong history in corporate events, award ceremonies, charity fundraisers and sporting occasions, and we’re a beautiful independent Grade II listed art-deco building that organisers are attracted to because they want to show their guests something new and intriguing and as a venue.

How has Troxy tackled the extensive security measures required for venues, and the prioritisation of counter-terrorism?

All of our management team have gone through Project Griffin training, which is provided free of charge by the police to deter and detect terrorist activity and crime. This information is then communicated to our front line team during their induction process and through ongoing training.

Security risks can also affect the build up of live shows. We’re conscious during any interaction with potential clients about any possible risks and the importance to remain vigilant. We have a proactive relationship with the Metropolitan police and we’re always liaising with them before and after events. This relationship allows us to work closely, benefitting from their experience, knowledge and advice.

Recently, in one week at Troxy we had three ambassadors from different countries and worked closely with their own security teams to ensure any potential risks were managed. Of course there has to be a balance – we have to effectively manage the risk of any potential threats whilst ensuring the audience are still able to have a good time.

Robbie Williams recently performed on your stage, can you tell us the story behind his appearance?

He chose Troxy for his BRITs Icon concert, a special one-off gig to celebrate the prestigious honour. Robbie’s agent Ian Huffam is a long-time friend of Troxy and always wanted to bring him to perform here, and this seemed like the perfect opportunity.

As one of the most unique venues in East London, Troxy is dedicated to bringing back its original heritage features and as a result offers artists a stunning venue to perform. In terms of capacity, people are often surprised by the space the venue has inside. Live music events can host 3,100 people, or anything from 300 to 800 for a catered dinner.

How easy is it to get bigger artists on your listings? Have many relished the idea of coming back to play smaller venues where they started?

We’ve already seen some great artists perform at Troxy over the years and we think that the calibre of artists that we’re attracting will only increase. There is a lot to be said for playing at more intimate venues as these help create an incredible atmosphere for both fans and the artists and this is something we witnessed firsthand at Robbie. Whether it be a fan event, album launch or a warm up gig for the festival season, huge acts in smaller venues are a very special experience – these are the gigs that are talked about for years to come, where everyone wants to say ‘I was there’.

What has been done to capture some of the original essence of the venue?

The current owners of the venue were very keen to bring back as much of the original glory of Troxy as possible. Every decision made now, and in the future, will look at ways to either restore, or be sympathetic to, the original designs. Many changes were made in the time between the cinema closing and the current venue set up opening, and some of the changes are irreversible. The mantra now is, whenever areas need upgrading or refurbishment, we will do it in a way that the designer of the original building would appreciate.

Troxy had a sister venue in Elephant and Castle with a Wurlitzer Organ. This organ now resides, fully restored after a private £300,000 investment, within Troxy.

In 1930 the sister theatre of Troxy, the Trocadero Cinema Elephant and Castle, opened. Of similar size to Troxy, it was provided with the largest Wurlitzer theatre pipe organ in Europe. The organ was purchased by The Cinema Organ Society for preservation in 1960 and the Trocadero was demolished in 1963. The organ was moved to Troxy in 2009 and the six year restoration project began, which finally came to a head in August 2015, when the Wurlitzer was brought back to life. The work was conducted by the Cinema Organ Society members who volunteered over 5,000 hours of labour to bring this to its completion. I wouldn’t say we’ve set out to preserve the Art Deco vibe within the London live event scene, but we think it’s really important to cherish vintage venues and preserve our culture. Now, with the plight of independent venues, this is now more important than ever.

You’ve got a stellar selection of acts lined up for the coming months with a great mix of genres – Band of Horses, White Lies, Gentleman’s Dub Club to name a few. Can you let us in on any big plans for 2017?

More of the same! Troxy’s brand is quickly growing within the live music sector – we’ve had an incredible year and want to see this continue. We’re very excited to see what 2017 and beyond holds.