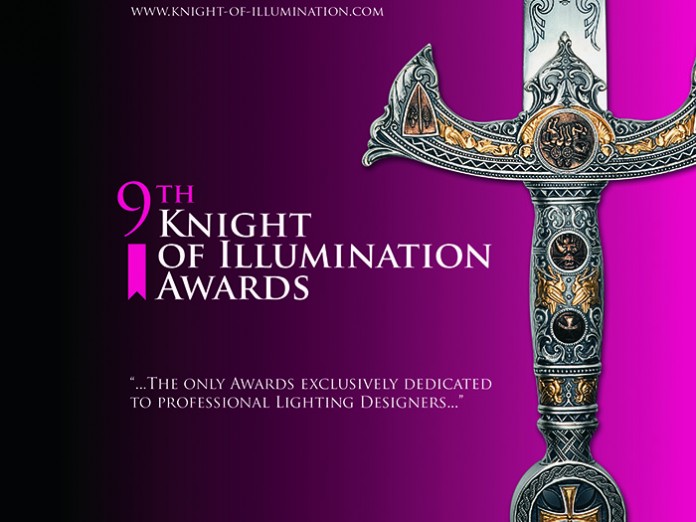 The Knight of Illumination Awards (KOI) 2016 has launched and submissions are already coming in for its Television and Concert Touring and Events categories.

2016 marks the ninth KOI Awards, which celebrates the creative talents of international lighting and digital content designers working in the UK in the sectors of TV, Theatre and Concert Touring and Events.

The 2016 edition will see the event moved from its usual date in early October to the 18th September to coincide with the PLASA London 2016 exhibition. The venue for the sparkling awards ceremony and dinner has also moved to join the PLASA show at its new location of Kensington Olympia.

Submissions are open for the Television and Concert Touring and Events categories and shows performed or broadcast between 1 August 2015 to the 31 July 2016 in the UK are eligible. As with previous years the Theatre section can only be nominated by the judging panel.

Crucially, KOI continues to run as a pan industry event, generously sponsored by a broad spectrum of manufacturing and service companies connected to the lighting industry and kindly supported by important industry organisations and the press. Award winning lighting designer and coordinator of the KOI Awards Durham Marenghi explained: “In nine years KOI has established itself as a much coveted lighting and video industry award, respected for truly celebrating the art and creativity of lighting, video and show design.

“This year we are looking forward to strengthening our partnership with PLASA. We are confident that PLASA London 2016 will be a crucial platform for bringing together lighting industry professionals from all sectors of the industry and all parts of the world.”

The KOI Awards was conceived and is organised by lighting manufacturer, Clay Paky, along with the STLD (Society of Television Lighting and Design), the ALD (Association of Lighting Designers) and Durham and Jennie Marenghi. The event itself is produced and managed by The Fifth Estate Ltd, which also handles KOI’s marketing and PR.

The KOI Awards continues to forge ever-closer ties between lighting and video designers – at all stages of their careers – and the lighting and digital content design, service and manufacturing industry as a whole.

Submissions can be made for TV and Concert Touring by visiting the KOI website. A panel of industry experts from each sector assess every entry. The shortlists will be announced in late August.

In addition The Enrico Caironi Lifetime Recognition Award will be presented to an individual whose passion for the industry has gone above and beyond the call of duty, in turn benefiting their colleagues, the industry and the wider world.

To find out more about the sectors and subcategories or information on how you can submit an entry for television or concert touring and event lighting and visual content please visit www.knight-of-illumination.com/categories.