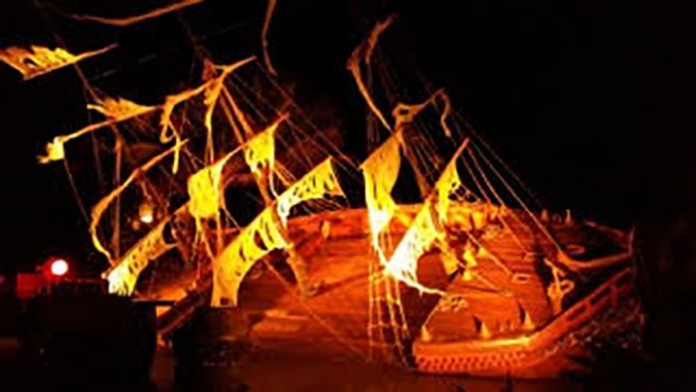 Beach Park in Florida’s famous spring break city is 893 miles from Ryman Auditorium, birthplace of the Grand Ole Opry in Nashville. But for three days this April, the eyes of the country music world were on Fort Lauderdale, as the Tortuga Music Festival welcomed stars like Blake Shelton, Tim McGraw, Sam Hunt, Thomas Rhett, Kip Moore and others to its three stages.

Of course, being on the ocean, Tortuga treated 90,000 fans (from 47 states and 16 countries, according to organisers) to a tropical escape as well as music. Contributing to the mood was a collection of Caribbean-inspired lounges and meeting places bathed in appropriately lush evocative colours by a collection of COLORado fixtures from CHAUVET Professional.

Abbas Ritscher of The Design Oasis positioned over 200 COLORado fixtures throughout the festival grounds, relying on their colour rendering capabilities to accent a variety of scenes. “The COLORados were our workhorse,” he said. “We used them everywhere for artistic and functional purposes. They illuminated everything, including a pool that was brought in for the festival and sponsor VIP buildings, as well as large art projects like a massive wave and a full-size pirate ship replica. The coloured lighting made all of these objects look more genuine, more evocative and less like props.”

The majority of fixtures in Tortuga rig were IP66 rated COLORado 1-Tri IP RGB LEDs, which were attached to trees as well as the exterior of structures and used for both up and down lighting. Other COLORados featured in the rig included the 1-Tri Tour and the compact RGBW 1-Quad IP for lighting tight places, as well as the COLORado Ridge IP single panel RGBWA wash and the COLORado Range IP double panel wash.

Mixing and matching the fixtures at various spots throughout the festival grounds, Ritscher was able to count on the colours from the different units blending harmoniously together. He was also able to maintain tight control over colour temperature. The latter point wound up being essential for the protection of turtles in the area.

“The most important thing on this gig was the colour temperature on this job, because of the sea turtles,” he said. “There was always the possibility that these turtles would be drawn to the light. So, we had to keep the light spectrum to amber and red in those areas where the light might affect the turtles’ behaviour.

“It was very easy to dial in the appropriate colours,” continued Ritscher. “We created programs inside the fixtures that would go between amber and red. This created dynamic movement without having to use a console and data across the sand and without worrying that the fixtures would go to white by accident and cause compliance issues.”

In the end, there were no instances reported of turtles wandering up to the brilliantly illuminated scenic elements. However, there were plenty of fans who stopped to admire the colourful pirate ship, wave and other art objects on the grounds. In this festival, the stars were not just on the stage, but everywhere, thanks to the skillfull use of colour rendering fixtures by a talented designer.