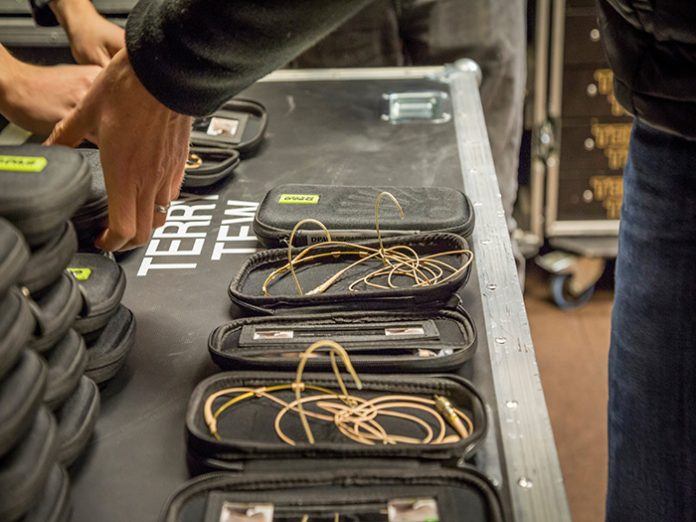 Terry Tew Sound & Light has invested in DPA Microphones’ new CORE by DPA amplifier technology by switching all of its DPA Microphones headsets over to CORE d:fine 4066 capsules.

“We’ve always been very happy with the sound DPA headset microphones deliver but the new CORE technology takes them to a new level of audio quality,” said company founder Terry Tew. “The dynamic range is significantly improved and there is less general distortion at all levels. The microphones may not look any different, but they certainly sound much clearer and more open across the entire audio spectrum.”

To pass this benefit onto its broadcast customers, Terry Tew Light & Sound Hire has doubled its investment in DPA’s groundbreaking CORE headsets by increasing its hire stock from 60 to 120 units. These have already been used on a variety of high profile television shows, bringing audience interactivity to new levels. “The difference is so marked that I don’t think it will be long before DPA’s CORE technology becomes the standard against which all other headsets are measured,” Tew added. “This is a key reason why we have doubled our investment in these products.”

DPA’s new CORE by DPA technology has been incorporated into the company’s omnidirectional d:screet Miniature lavalier and d:fine Headset microphones. Clear, natural sound has long been a hallmark of DPA’s products, but with CORE amplifier technology on board the dynamic range of these capsules has been increased by up to 14dB at 1% THD. This means that sound across all levels is improved.

Another significant benefit of the CORE by DPA technology is improved durability. Thanks to a new nano coating and the hermetic sealing of sensitive electronics, these products are now much more resilient to water and moisture. With several key players adopting the new technology it now seems the introduction of this new amplifier technology has raised the bar again for any type of production, whether that be live sound, theatre, film recording, broadcast or corporate.