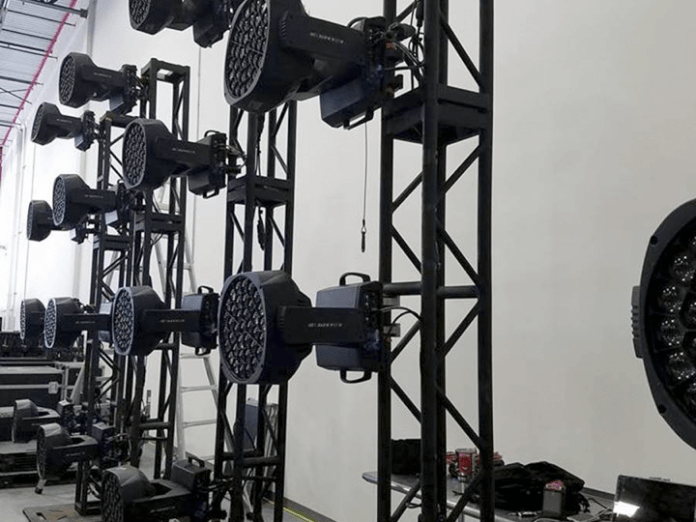 “Prophecy” marks the first headlining tour for French house music producer Tchami (Martin Bresso) in North America. The new tour for the pioneer of the Future House genre features a cathedral-like stage set, which is lit by Claypaky A.leda B-EYEs from Zenith Lighting, in Orlando, the tour’s official lighting and truss provider.

“Zenith is picking up more electronic music tours like this,” noted Zenith marketing manager Ryan McKay. “We recently did the North American ‘Shelter’ tour for [electronic music producers] Porter Robinson and Madeon, which got a very good response. A lot more of these tours require the Claypaky and grandMA2 gear we have.” Along with B-EYEs, Zenith stocks Claypaky Sharpy 330 washes, Sharpy beams and grandMA2 full-size and Light consoles, NPUs and Command Wings.

Lighting designer Ben Coker, who has partnered with Zenith on other projects, got the company involved with Tchami’s “Prophecy” tour. Tchami wanted to reprise the giant cathedral set he had previously used on his “Pardon My French” tour, complete with faux stained glass windows, a pulpit and a live choir.

“Tchami wanted to recreate the look of stained glass with five windows in the set each with a small videowall whose look changes from song to song,” McKay explained. “The B-EYEs cut through the video screens to give an other-worldly, spiritual light coming out of the windows without being obvious lighting fixtures.”

The B-EYEs were also chosen for their versatility as the tour moves from place to place. “Each venue is so different: There are three stage setup options and a limited amount of gear,” said McKay. “The B-EYEs can change on the fly and easily adjust to different applications depending on the venue.”

Zenith has also provided the tour with an active  Light with NPU and a back up system. Coker uses only grandMA2 consoles for lighting control.