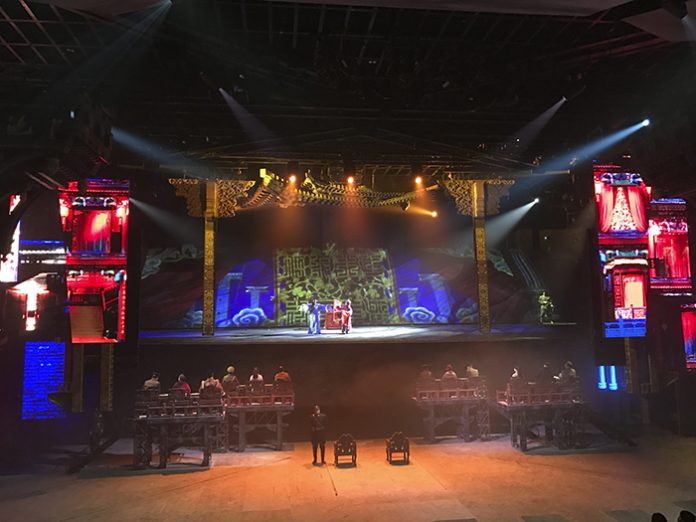 The Shaanxi Tourism Group employed a range of modern technology to stage Xi’an Incident, marking the 80th anniversary of one of the turning points in the Chinese Civil War. D3 4x4pro media servers powered an extensive array of laser projectors and LED screens.

The 60-minute performance was held at Yaoguang Pavilion Theatre in Xi’an Huaqing Palace, the location of the historical incident.

“The d3 support team created 100% of the set design inside the software during preproduction, including the stage, projection surfaces, projectors, and lighting,” added Jingfeng.