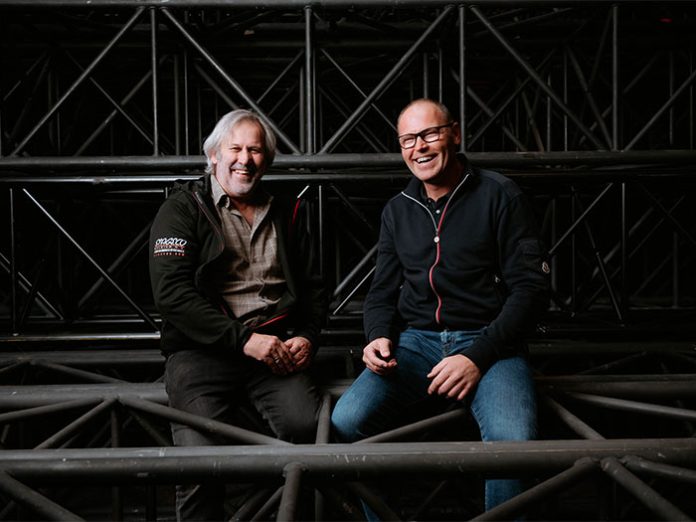 The move, says De Meyer, 68, was intended to take place two years ago but was delayed due to the pandemic lockdown. “Now that our business has begun to stabilise after a very busy summer, the time feels right to pass the baton to Hans, who gave us every confidence that he was the most logical choice of successor,” he explains.

Formerly head of R&D at Stageco, Willems, 51, established his own world-class business, WICREATIONS, nearly 18 years ago. As CEO, he has driven his company to become one of the global live industry’s leading creative players in motion technology. Together, Stageco and WICREATIONS have collaborated on many of the world’s leading concert tours by the likes of U2, The Rolling Stones, Beyoncé and Rammstein among many other premier acts.

“Hans knows the industry inside out, and possesses exemplary leadership skills,” commented De Meyer. “The manner in which he has grown WICREATIONS is extraordinary and while our two companies will remain independent of each other, there is now greater potential for partnership and creative collaboration.”

Until the end of 2022, Willems will divide his time between the two companies, working with his teams to align their cultures and shape a new ecosystem that further exploits their already existing organic synergies.

Said Willems: “I have always had enormous respect for Hedwig and the Stageco business, and I am proud to be given the responsibility to lead this legendary company into the future. In these times of fierce disruption, a European player can only position itself in the global live production arena and deliver prime innovative solutions when joining forces. Authenticity, powered by own unique strengths and sustainable values, is key and I am looking forward to realising the fruits of this new chapter.”

Meanwhile, although De Meyer will no longer participate in Stageco’s daily operations, he remains Chairman of the group and will assume the new role of Chief Visionary Officer on 1 January 2023, applying his rich experience, expertise and worldwide network to support the Group’s business at his own pace.

He commented: “One of my ongoing interests is the development of Stageco’s new office and warehousing site which is scheduled to open in 2024, but my day-to-day activities will come to an end when this year is over, allowing me to give more of myself to family life.”