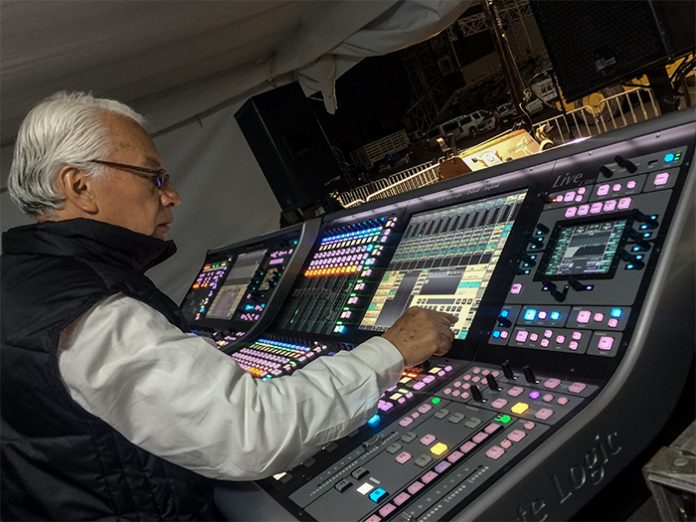 SSL Live’s L500 and L300 consoles joined Pope Francis for a weeklong tour of Mexico as he addressed record audiences at five venues across the country.

“We did that all in one console,” said Tapia. “I set it up so every tile on the console could access any channel – inputs, VCAs and stems.”

Yerye Marrun served as Monitor Engineer at the event in Ecatepec, choosing the SSL L300 for the job.

Everado Cano, a high profile engineer with more than 35 years’ experience in live sound production, was at the FOH position. He chose the SSL L500 console for this event, with a second L500 making a completely redundant system, as required by the show organisers.

There were 119 inputs (66 orchestral mics, 40 Choir mics, seven SM58’s for the Pope, plus four wireless mics), which were grouped into more than 16 stems for mix and processing.