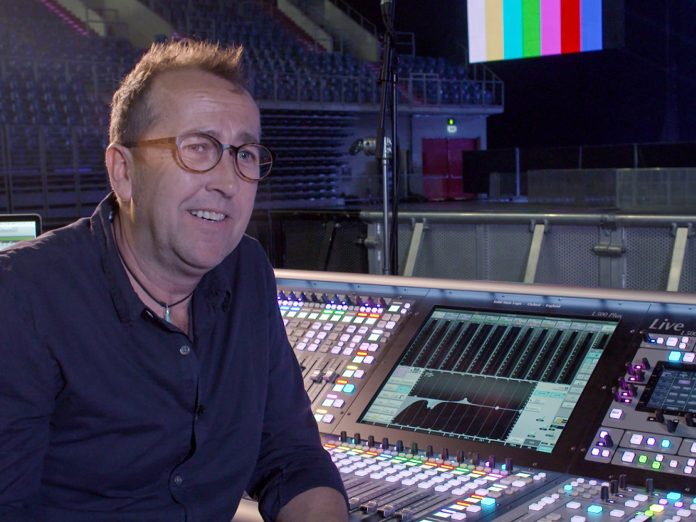 Jim Ebdon has been FOH Engineer for Maroon 5 since the early stages of the band’s trajectory towards global superstardom. The band’s most recent tour of the US and Europe finishes in July before a new round starts in Texas in September, with Ebdon and his L500 Plus from SSL accompanying them throughout.

On the current show, band inputs total around 56, and Ebdon has been using the redundant fibre-based SSL Blacklight II connection from stage – a high bandwidth multiplexed MADI format capable of carrying up to 256 96kHz signals.

Ebdon described his strong relationship with Maroon 5, calling them “the most consistent band I have ever worked with”. Because of this, he doesn’t need them for sound checks. He uses a recording of the previous night’s show and switches the console into rehearsal mode so the inputs are taken from the multitrack rather than the stage.

For lead singer Adam Levine’s vocal Ebdon uses an external preamp, though once into the console he uses the internal EQ and a multiband compressor from the L500 FX Rack.

Ebdon uses traditional aux path types for FX and so on, but uses the stem path type for parallel compression and record splits for broadcast trucks. “I can send all my vocals to one pair of stems,” explained the engineer, “then all the guitars to another pair, and so on. In the record truck they just put all the faders at zero, and there is my mix.”

Maroon 5’s next US tour kicks off on Saturday 3 September, with a date at the AT&T Centre in San Antonio, Texas.