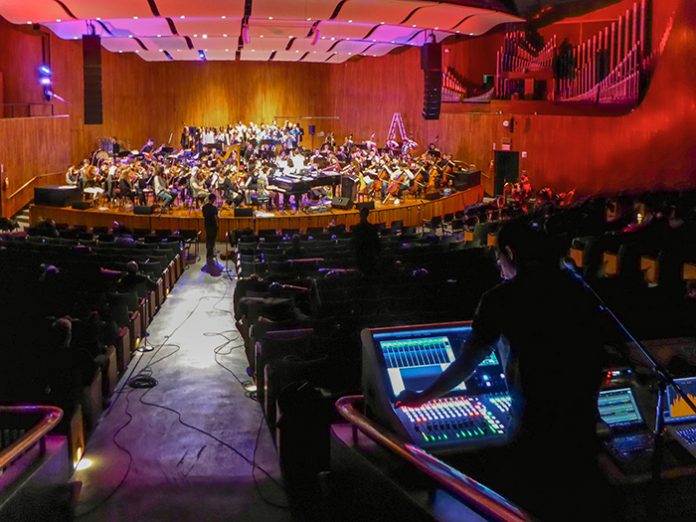 Multi-instrumentalist Jacob Collier performed at the Kresge Auditorium in Massachusetts at the culmination of a week-long residency at MIT in December. Imagination off the Charts incorporated an 85-piece orchestra, a 60-voice choir, and a full band all on stage with Collier.

Along with Ben Bloomberg, a PhD student at MIT, the pair created their own improvised performance software that was used during an experimental piece.

The system had 96 channels of SSL pre-amps configured, plus an additional AES/EBU Digital Stagebox that fed the PA. It also has a maximum I/O count of 600 channels and 192 available paths.

Seven different schools contributed performers to the ensemble, including MIT, Berkeley, and the New England Conservatoire. “We ended up with 84 inputs from the stage made up from instrument sections, choir mics, and soloists,” commented Bloomberg.

Imagination off the Charts was performed on 10th December 2016.