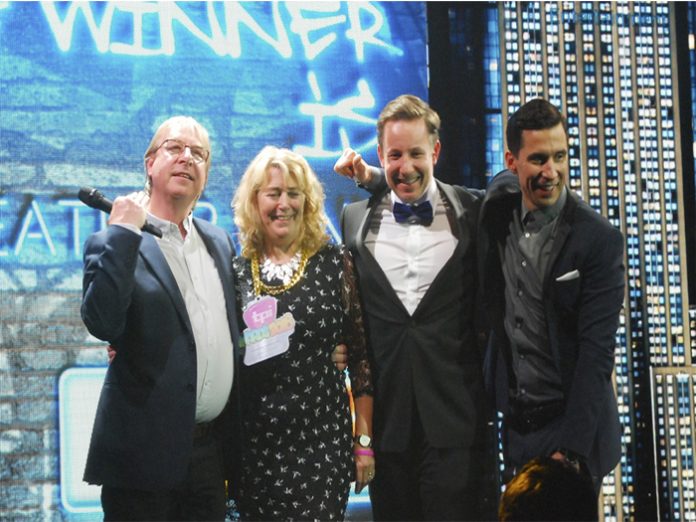 More than 1,500 guests from the live events industry were brought together for the annual TPi Awards and paid tribute to winners across a range of categories, including John and Heather Penn for their lifetime contribution to the live events industry in the final award of the evening. The couple were completely unaware that they were to receive the award when they attended the ceremony, which took place on 26 February.

The first they knew was when Joe O’Herlihy, U2’s Sound Designer and FOH Engineer, who is a lifelong friend of the couple, appeared on screen, referred to them as J-P and Heather and offered his congratulations from Brazil. Further accolades followed from colleagues in the industry who John and Heather have worked with over the past 45 years, including artists Suggs from Madness, UB40 and Tori Amos.

The underlying themes of most of the contributions focused on the couple’s strength as a partnership, their dedication to the industry and how they have helped so many people along the way. However, the undoubted star of the video clip had to be John and Heather’s 2 year old granddaughter Sophie, who appeared at the end to add her congratulations – which she was more than happy to do in exchange for a packet of chocolate buttons. The Outstanding Achievement award was sponsored by Blackmagic Design and was presented by the company’s Head of Communications Patrick Hussey.

On receiving the award, SSE MD John Penn commented: “When I started out on this journey 47 years ago, never in my wildest dreams did I think it would lead to where we are today. We play our part in delivering the most amazing things to the public at large. We’ve achieved it all as a married couple; we’ve worked together throughout. To the young people who are starting out in the business, our profession is the most rewarding thing you can do. To all the people who have helped us along the way, you’ve all been brilliant – thank you!”

The Penn’s founded SSE as a fledgling rental company in 1976 in Nottingham. Loudspeaker cabinets were initially built in the garage and their first mixing console was the 5 channel WEM Audiomaster. They began to build a national profile as they supplied PA to the likes of Deaf School, Darts, the Undertones and the Buzzcocks. SSE Hire moved to Birmingham in 1984, when regulars included UB40, Nik Kershaw and Simply Red. By the turn of the century, SSE was expanding into sales and installations and in 2003 they acquired their current 35,000 sq ft headquarters in Redditch.

The company further expanded with a series of acquisitions and mergers with other rental and installation companies, including Canegreen and Wigwam. The Group now employs over 130 people full time at bases in London, Redditch and Heywood.

In 2016, John and Heather Penn were recognised at the UK finals of the EY Entrepreneur of the Year and SSE Audio Group was identified by the London Stock Exchange amongst 1,000 companies to inspire Britain. This was followed in 2017 by a similar accolade when the business was named as one of 1000 companies to inspire Europe, celebrating the growth of SSE and acknowledging it as one of the most dynamic small and medium sized businesses across Europe.