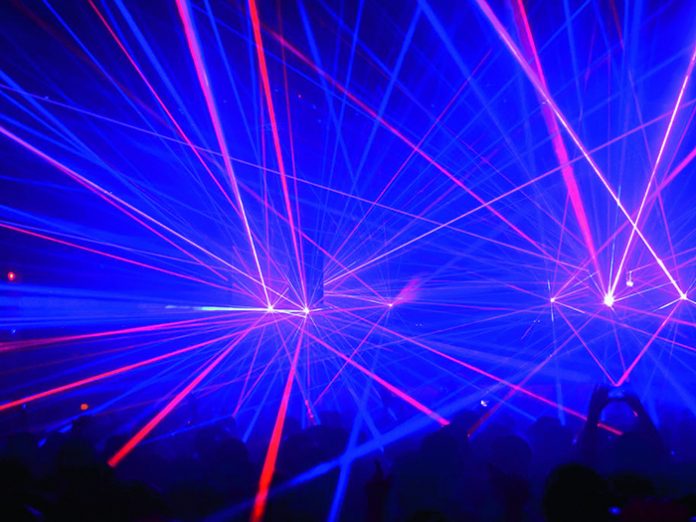 TPi talks to Seth Griffith, a graduate in Lighting Design from the University of South Wales, and ER Productions’ Ibiza technician during the 2016 season.

ER Productions has been supplying lasers to Space for the last seven years, working on the Carl Cox’s Music is Revolution residency and Sundays at Space over the summer season. Tell us about the laser set up week on week?

We had a very dynamic laser installation at Space this year using our scanning lasers, which included Laserblades, Beambursts and ARC Regus systems with DMX, controlled through our FB4 racks.

Beamburst lasers were rigged across the bottom of the LED screens, which flanked the side of the stage. Additionally, Laserblades lined the edge of a huge screen at the centre of the stage behind the DJ, which I operated and programmed during the live shows.

Can you tell us about Carl Cox’s closing set – did you create a different look for his big finale?

We programmed Carl’s final show a bit differently to his other shows. He arrived armed with vinyl for his last set, which set the tone of the laser design. It was a much simpler, cleaner look, using retro style laser content to reflect the ‘old-school’ vibe.

In terms of the laser production, how does SPACE differ to other clubs you’ve worked with in Ibiza?

As far as Ibiza goes, Space is probably the most versatile venue on the island. From the terrace and other outdoor areas, to the dark and atmospheric inner sanctum, the physical space lends itself perfectly to laser production, which gives us the opportunity to create a range of distinctive looks.

What about new technologies – have you introduced any recent innovations at the club?

This is the first year we have used Laserblades in Ibiza. The full colour laser battens create a unique effect, which we capitalised on this season. They were rigged at the back of the main stage, crisscrossing over Carl Cox’s head between a plethora of LED screens.

Tell us about the process involved in creating unique laser looks for Space, Cox’s residency and Sundays at Space?

All the lasers at Space have been customised to create a unique look for each night, which can’t be replicated by any other venue. For example, we used the customised crisscrossing Beambursts and scanning lasers on Carl Cox’ shows. On Sundays at Space we used the same scanning laser set up as Carl Cox, but built a bespoke spinning truss with ten Beambursts rigged to it. The speed of the spinning truss was DMX controlled with rotations of 60rpm, filling the room with a sea of multi directional beams.

What about ER’s operation in Ibiza – do you have a permanent base there?

ER Productions has had a permanent manned warehouse and office facility in Ibiza for the last five years. Being on tour is part of the job and I’ve been lucky enough to work on some incredible shows but the Ibiza 2016 season has a special place in my heart. We work on a wide variety of different projects on the Island, ranging from high end private events to nightclubs. I look forward to doing it all again next year.