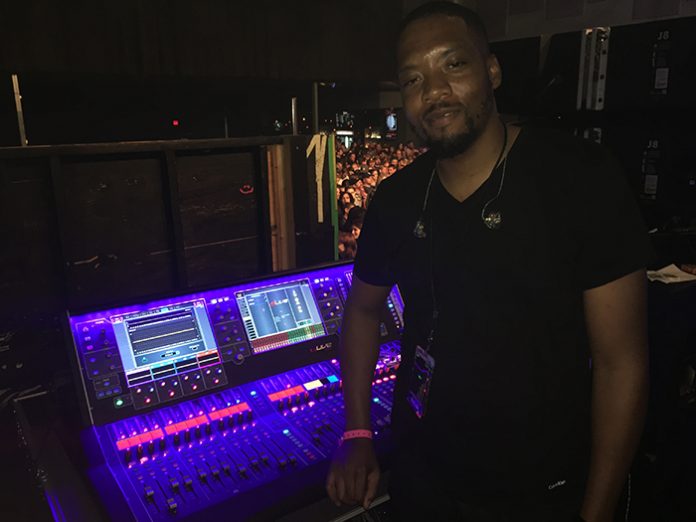 Johns had been using an older digital mixer with Snoop Dogg. Then he had a chance to try out a dLive for several days in Los Angeles and said: “I fell in love with the desk!” Johns had multi-track recordings from previous Snoop Dogg concerts and played these using the dLive’s Virtual Sound Check to set up and mix a couple of virtual shows. “I just became one with the board,” he said. “Ever since then, I’ve had it on every Snoop Dogg show.”

Snoop Dogg’s monitor setup includes in-ear monitors, floor wedges and side fills. Johns noted: “Snoop is on ears but he likes to feel it on stage from the wedges. So, there’s a challenge in trying to balance the ears mix with the stage mix without getting a lot of ambient noise feeding into the mics.” Johns uses the ‘IEM Glue’ preset on the dLive’s multi-band compressor to help maintain this balance. “I could really tell the difference having that on the ears,” he added.

Johns used the dLive’s Dyn8 dynamic EQ on Snoop’s vocal. “I have Snoop’s vocals double-patched,” he said. “And, I do something different with his wedges than I do with his ears. So, on his ears, I have the Dyn8 and I really like that multi-band compressor, too. Snoop says it makes him sound like himself.”

He commented: “I love the drag-n-drop feature for setting up the desk.” Johns also used the dLive’s internal effects. “I haven’t needed to use any external effects because the onboard plugins sound great. And, there’s no added latency,” he added. “That’s an awesome feature.”

Johns concluded: “The work flow is great on this board. It’s really set up for engineers. And, the Allen & Heath preamps have a nice, warm sound. After I started using the dLive, Snoop said to the production manager, ‘I’m not sure what you guys have been doing but this sounds amazing!’ ”