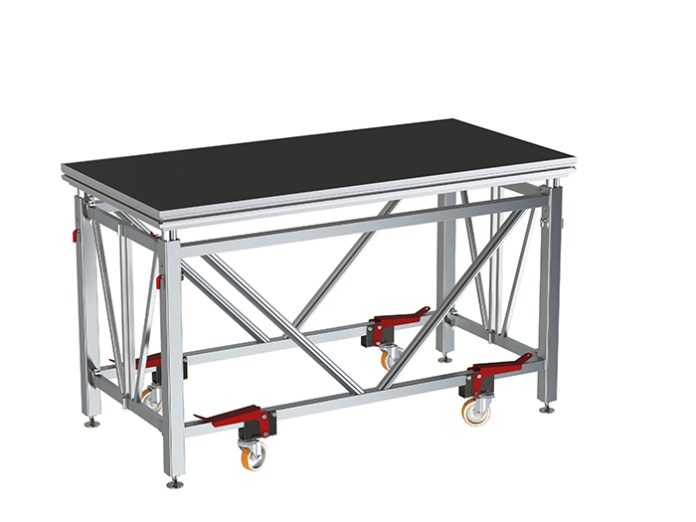 SIXTY82 has launched Arena Frame, a new stage concept designed for venues which value the benefits of a quick and easy-to-build stage system.

The straightforward design allows big stages to be built in the blink of an eye – a 200m2 stage, for example, can be built in just 90 minutes with a crew of 4 and a forklift.

The system has a very small storage footprint due to its foldable frames, while it also offers the ability to build the stage and rig at the same time, greatly reducing the time needed to build any stage set.

The Arena Frame system allows every second frame to be omitted, allowing the creation of corridors underneath the stage in both directions without any loss of its load bearing capacity.

The system is equipped with robust swivel castors and an internal lever system which allows the castors to be raised once the stage is in position and rests on its screw jacks. Accessories like stairs, guardrails and transport dollies are also available.