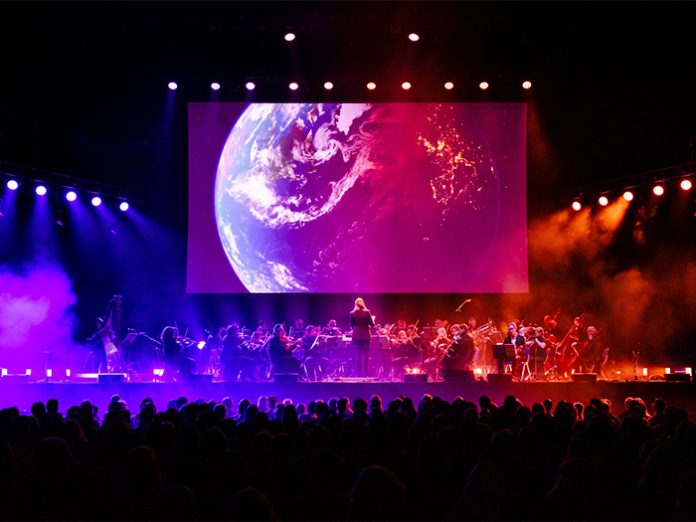 Our Planet, the award-winning nature documentary series made for Netflix and narrated by David Attenborough, has been turned into a live show that is visiting several major cities in Europe including Berlin, Paris, Amsterdam, Copenhagen and London.

Hosted by Oscar-winning composer Steven Price, the two-hour spectacle features highlights from the series shown on a giant 4K screen with live music being performed by an orchestra conducted by Robert Ames. Intelligent lighting by Infinity and Showtec enhance the entire experience.

While breathtaking images on screen and live orchestral music already engage the audience, stunning lighting effects throughout the venue augment the visual experience to fully immerse them. Numerous lighting fixtures by Infinity and Showtec are used for this.

In addition to raising further awareness about the state of the planet, net profits from Our Planet Live in Concert will be donated to the WWF’s (World Wide Fund For Nature) global education and awareness initiatives.