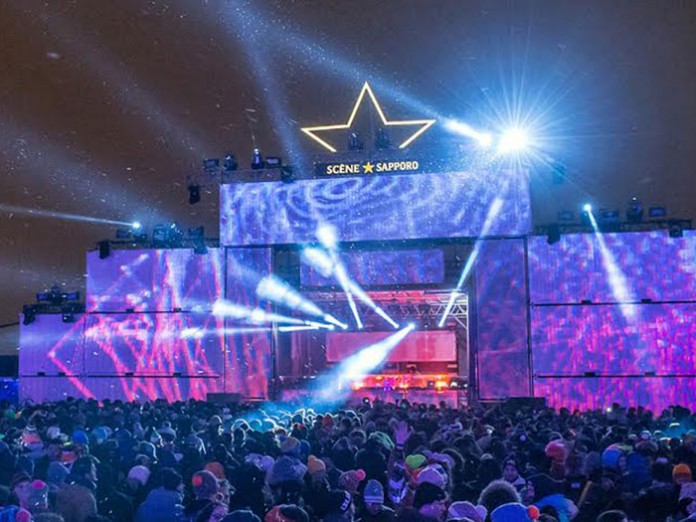 The combination of electronic music, icy décor, powerful architectural projections and a programme featuring the best local and international DJs, makes Igloofest at Montreal’s Old Port the place to be during January and February each year.

This year, for the 10th edition, 120,000 music lovers braved the harsh Canadian winter for four consecutive weekends to join the largest outdoor party in Montreal. Lighting designer Karl Gaudreau of design firm 4U2C in Montreal, created the beautiful lighting scenery which, for this particular edition, evolved around a backdrop design element of painted shipping containers, also functioning as shelters for people attending the event. 4U2C deployed luminaires from SGM for the first time, which turned out in their favour, as the biggest challenge at Igloofest is the weather, with heavy fluctuations in snow conditions and temperatures. This year, the temperature ranged between +10˚ and -30˚ Celsius.

Lighting designer Karl Gaudreau said: “The main concept was to make winter a part of the design, creating a mind-blowing experience for the crowd. Therefore, the sea containers were all painted white and the lighting design supported this vision.” The G-Spots and G-Profiles were used for the main stage outrigged from the containers. Marc-André Turgeon, Sales Representative for SGM Light in Canada, said: “Not having to rig domes or enclosures was a huge plus, as they would have blocked the view and given us unwanted reflections. Another issue is that in extremely cold weather the inflatable domes are very hard to use as they crack and break. Using G-Spots and G-Profiles made the use of domes redundant.”

The new and ground-breaking G-1 Beam had its debut in Canada at Igloofest, operated by 4U2C, and was also put to harshest environment test which it passed with flying colours. Gaudreau said: “For the G-1 Beams, the idea was to make snow trees of light close to the crowd. Again no domes were needed and the small and compact size of the moving head made it blend in very well with the design.” The powerful X-5 strobes were deployed for the main staging area as washes and blinders, greatly appreciated by the lighting team due to their size, output and features. As the only SGM fixture at the event without the IP65-rating, the equipment provider Solotech had designed enclosures for them, making the X-5 a true workhorse at Igloofest.

After five full weeks in the freezing Canadian winter, the new G-1 Beam proved just as reliable and robust as the rest of the SGM product portfolio and underlined the significance of working with a worry-free LED luminaire.