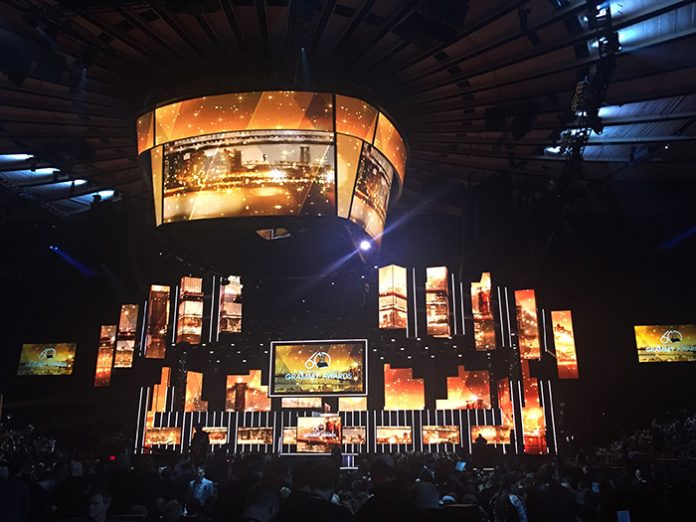 Gaga sang through a Sennheiser 3000/5000 series wireless system featuring the SKM 5200 transmitter and MD 5235 capsule combination. Sennheiser Digital 9000 user Bruno Mars emerged as the most decorated artist of the 60th Annual Grammy Awards and Cardi B joined him for a performance of the remix of Finesse, with Mars using an SKM 9000 and MD 9235 transmitter and capsule combination.

Several Sennheiser users who did not perform were also honoured with awards during the evening. Among these were Ed Sheeran, a Digital 9000 and Digital 6000 user who received 2 Grammy Awards for Best Pop Solo Vocal Performance and Best Pop Vocal Album. The Foo Fighters received a Best Rock Song award, singer Dave Grohl uses an MD 431-II microphone; and The Weeknd, a 3000/5000 series wireless user, received an award for Best Urban Contemporary Album.

“It is always a thrill to see Sennheiser microphones put to use by the industry’s leading artists on the year’s biggest stage,” said Byron Gaither, Artists Relations Manager, Sennheiser. “There’s no better testament to the quality and superior design of our products than having them used by musicians and performers working at the highest possible level.”