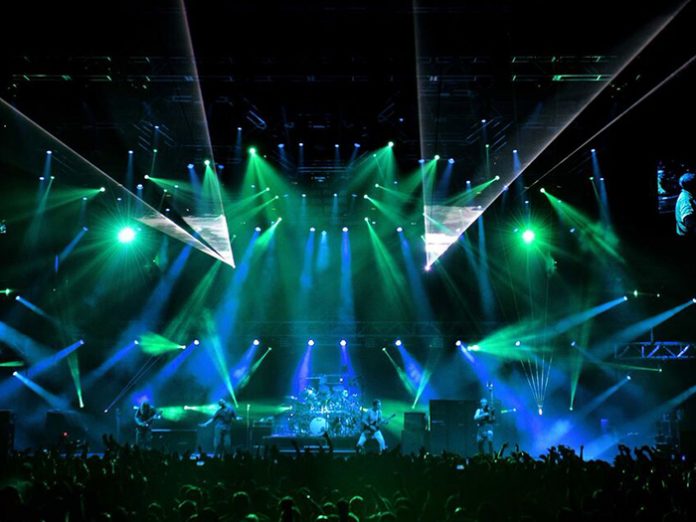 It’s an even-numbered year so it was time for rock band 311 to celebrate their biennial 311 Day with two arena shows in New Orleans on March 11 and 12. Lighting designer Joe Paradise of House Lights Go and Assistant Designer/  Programmer Bobby Grey selected Clay Paky fixtures and an MA Lighting grandMA2 console for the event, which drew 15,000 fans representing every US state and 17 countries. A.C.T Lighting is the exclusive distributor of Clay Paky and MA Lighting products in North America.

Paradise was charged with enhancing and interpreting the band’s diverse and unique musical style while bringing some big looks to the event, which featured 86 songs across two shows. Paradise focussed his design around 311’s signature honeycomb graphics; the beehive motif appears on a recent album cover. He used eight pods of toned truss to form the honeycomb shape and support the over-the-stage rig in the Smoothie King Center (formerly the New Orleans Arena).

Paradise selected Clay Paky Sharpy washes to provide a solid color base that washed over the stage and delivered keylight from downstage and tapped Sharpy beams for their dramatic effects. He also placed Clay Paky Alpha Beam 1500’s upstage on the walkway of the arena’s club level where they supplied solid, fat beams with colour-mixing abilities and a long throw. A.G. Lighting furnished the entire lighting rig.

Paradise chose the grandMA2 for lighting control; thousands of cues were required for the band’s 80-plus songs. “The workflow and unique multi-user ability of the grandMA made it the only choice,” he points out.

“The grandMA and all of the Clay Paky fixtures we had really made the show a success,” added Grey.

Also participating in 311 Day were Grant Sellers from Strictly FX and Charles Lucia from Practical FX for pyrotechnics and cryo, and Pyramid for IMAG. Robert ‘Junior’ Jones, Alex Parayuelos and Mike Gallagher served as technicians.