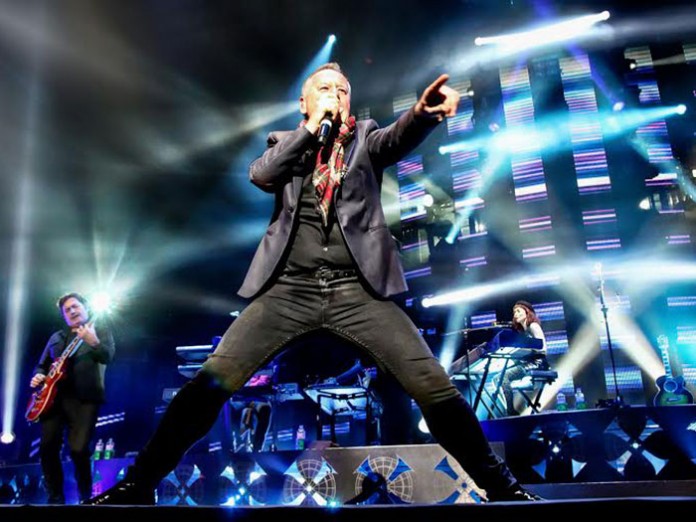 Leading UK lighting and visuals rental company HSL invested in 50 x new Robe BMFL Spots just before the tour went out, 24 of which were used by Pollard. While Simple Minds won worldwide fame, recognition and built a resolute fan base with their massive rock anthems and maverick stadium performances of the 1980s and early 1990s, the roots of their music is altogether moodier, darker and more sinister. The underlining vibe of Big Music unites this rawness with some of the more traditional largeness that might be expected from the band’s 17th studio album, their first in five years.

Much of the show was about beam-work so the BMFL Spots were ideal for creating beam ‘structures’ and frameworks as well as for those all-encompassing gobo sweeps, for which they were fitted with custom gobos tailored to Pollard’s design. “The saturated colours are amazing,” he said. “Saturated reds, greens and all those hues that are hard to get a properly bright look from.”

Six BMFLs were out rigged from the top of the main truss, another 12 were positioned on the sub hung trusses between the video drops with four BMFL Spots upstage of the stage set on the floor. Positioned like this, they enabled Steve to create symmetrical layers of light which could change into random lighting chaos at the press of a button, which fitted the edgy, visually deconstructed aesthetic that worked well with the video product positioned between the lighting drops.A strong curved element ran through the set and lighting design making it suggestively feminine to celebrate the “two extremely strong women” in the band line up, which also gave the latest Simple Minds live sound something new, fresh and different.