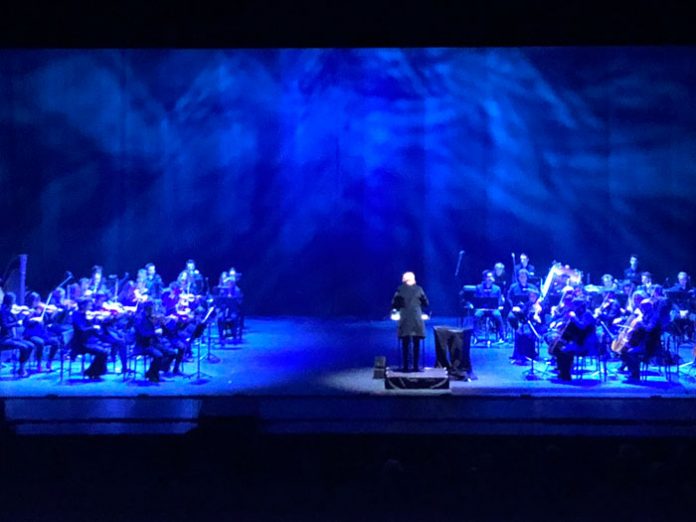 For Callas in Concert, opera singer Maria Callas was brought back to the stage via hologram, 40 years after her passing. A live orchestra accompanied digitally remastered recordings of Callas for the production, which presented FOH and Recording Engineer Howard “Howie” Lindeman with a unique challenge. Since the show was focused around the visual of Callas on stage, and the hologram system used to project her image, Lindeman needed to find a low-profile microphone that would not be obtrusive on-stage, while still providing the highest audio quality for the live orchestral instruments.

“The major challenge on this project was the real estate that mic stands take up on a stage,” said Lindeman. “DPA’s 4099 not only alleviated that problem but also allowed a close-mic recording. Instead of area miking with several large condenser mics, and fighting potential feedback, the 4099s allowed us to mic up all of the string players and really showcased the talent of each musician.” Produced by BASE Hologram, the tour launched in California before heading to Mexico and South America, and then returned to the United States ahead of its European leg.

DPA was brought into the production through Sound Image, a leading provider of sound reinforcement services for the music industry. “The 4099s were an effective tool in amplifying the sounds of the string section,” added FOH tech and A2, Harrison Ruhl. “The 4099s sounded transparent and allowed Howie to make the entire orchestra sound incredible with minimal EQ and the appropriate high-pass filtering. The basses and cellos sounded full and present. The mic handled the low-end content incredibly well, and its low profile made attachment very easy without hindering the player.”

A long-time user of DPA mics, Lindeman continues to be impressed with the results he gets. “Regarding the audio quality of the DPA mics, the answer is simple – flawless,” he said. “The 4099 is the ideal live mic solution for any string player. The 4099s deliver a sound that is as close to flat as you can get with little high-pass filtering. As expected, they worked wonderfully well on this unique and creative project. I do prefer and, when I can, demand DPA.” Since the implementation of the 4099 Instrument Mic for Callas in Concert, DPA has released a new, upgraded instrument microphone, the 4099 CORE Instrument Microphone that adds another layer of sound quality. The CORE by DPA technology brings more clarity and details to music across the entire dynamic range.