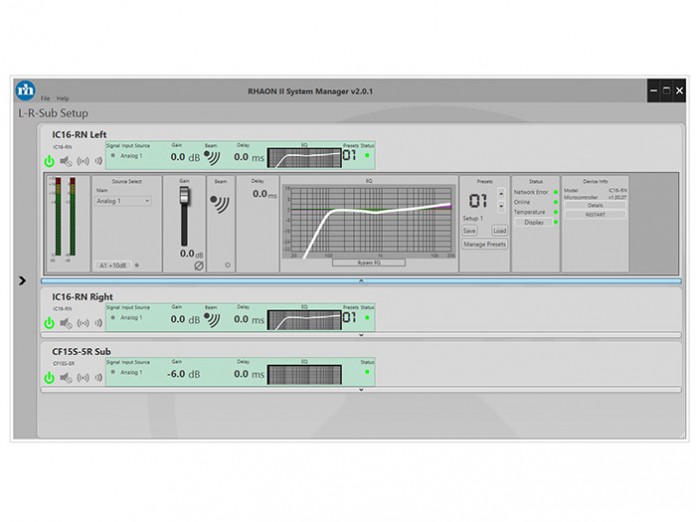 Since its introduction in 2015, RHAON II has been greeted with overwhelming acclaim, with users worldwide praising its unparalleled speed and precision. Joe Orlando, President of Commercial Media Systems in Atwater, CA, remarked, “We used RHAON II for a recent installation at a historic 100-year-old church, and it was simply fantastic. The user interface is well-designed, and it renders so fast, we were literally up and running in 15 minutes.”

“We do a lot of work in very reverberant spaces, and Iconyx has long been a problem solver for us,” observed RCI Systems’ Gene Ingham. “With the new Iconyx Gen5, Renkus-Heinz has made a good product even better, and the new RHAON II software made the entire project come together even more quickly than we could have anticipated.”

Mark Simoni of Simoni Systems added, “The new RHAON II software is easy to use and really fast. Setting up Renkus-Heinz systems with RHAON II is a piece of cake. Kudos to the Renkus-Heinz team.”