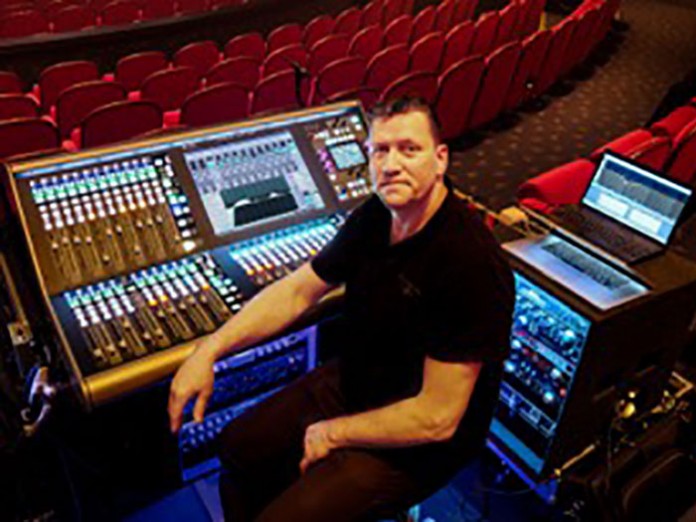 After releasing their latest album, All In Good Time, last year, and playing several large festival and one-off arena gigs, award-winning Dutch band Racoon has been on an extensive but intimate theatre tour around The Netherlands. Renowned Front of House Engineer Marty Brugmans and Monitor Engineer Jelmer Dijkstra both specified SSL Live consoles for the tour, with Brugmans taking an L500 for FOH and Dijkstra using an L300 on Monitors. Both consoles have been supplied by Dutch hire and events production company Stagelight, and are using Dante AoIP network technology for audio transport.

Brugmans was an early adopter of SSL Live technology, having already used the L500 on several large-scale events. His move to the SSL platform was triggered by dissatisfaction with the quality of summing and processing on other live consoles. “The first time I used it, everything became clear!” Brugmans explained. “Everything you do comes out of the PA. SSL brings an exciting, transparent, uncompromised audio quality.”

This quality is crucial on the Racoon tour. With a wide variety of acoustic instruments in use on stage, including guitars, a grand piano, and two drum kits, Brugmans has to be certain of his signal path. Underlining his confidence in SSL Live, he has left many of his boutique mic pre-amps and outboard processing at home, opting for the console’s SuperAnalogue inputs, full-featured channel processing, and internal FX Rack instead. He added: “I’m using a lot of the SSL processing – I especially like the channel dynamics, with the Tube emulation. With other consoles, I just use the faders.”

Brugmans uses snapshots throughout the shows, a strategy that he says could cause him problems with other consoles. “Every day we’re in a new venue,” he explained. “And everything about the environment changes… But this console sounds so great – it’s so close every time – that we can trust the snapshots. It’s really wonderful.”