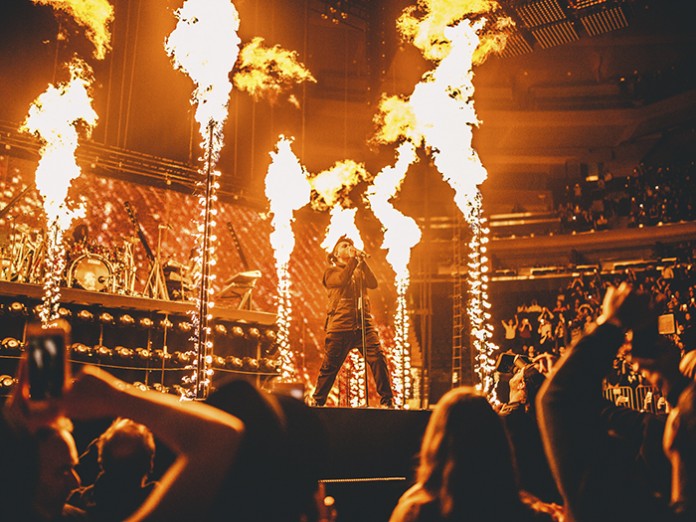 “They just arrived, and it’s Christmas all over again for our staff,” laughed Rocco Vitale, Creative Director at Pyrotecnico. The company has been delivering “wow” experiences to customers since 1889 and today offers fireworks, indoor and outdoor pyro, lasers, flames, cryogenics and fog, snow, and confetti and streamer effects.

“We have an MA ultra-light console and began researching new consoles late last year,” Vitale said. “A.C.T Lighting sent us a dot2 core to demo, and we explored it in our shop in New Castle.  We do a vast variety of special effects, and the dot2 core was versatile and adaptable to our needs.  It puts a lot of control into one very flexible console.  It was definitely the right console for us.”

An important factor in choosing dot2 core was the speed at which Pyrotecnico’s staff learned to operate the demo console. “Once they got their hands on it everyone quickly picked up the console, that was a big thing,” Vitale noted.  “But we also plan for staff to get training from A.C.T on the dot2 core.”

Another feature in the console’s favour was its small footprint. At any time we can get a lot of power out of a smaller footprint, that’s a plus,” commented Vitale. “We’re a national company and ship our gear a lot. So a smaller but powerful unit is always advantageous.”

“We expect to invest in more dot2 cores for our facility in Los Angeles, where the ultra-light console currently resides,” added Vitale.

Halestorm tears through summer tour with Martin by Harman solutions