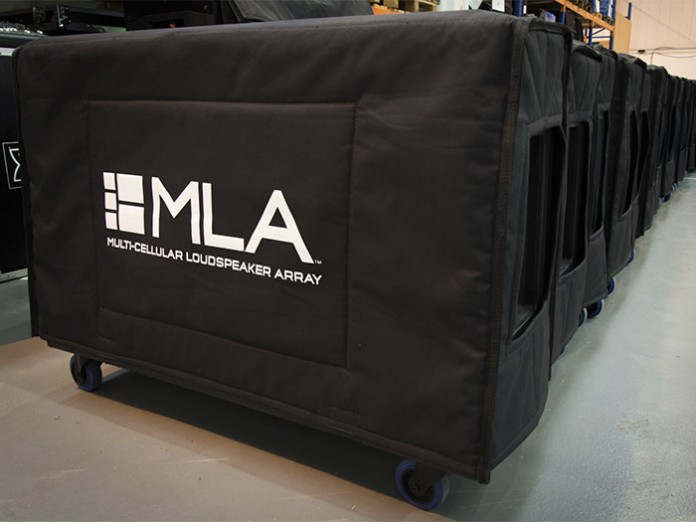 In so doing Production House (NI) Ltd has become the first rental company in Ireland to invest in Martin Audio’s game-changing, and award-winning MLA platform.

Asked what prompted Production House to choose Martin Audio MLA Willis replied that the decision was made after several successful listening tests and a visit to the factory to meet the Martin Audio team. “It was more to verify the products’ ability to meet the need for a high quality, rider friendly system, with a successful future ahead of it — therefore giving us confidence in our investment,” he confirmed. “We looked back over the audio specs we had received from bands and noticed MLA becoming increasingly popular.”

Production House Senior Systems engineers John Hesketh and Steven Montgomery commented on the fast rig/derig times and the ability of the product to capture every seat in the house whilst sounding amazing; they noted that the room plots were uncomplicated and that it was a very easy product to work with. “I chatted with John and Steven after the first listening test and immediately knew that we had the basis of a new system,” John Willis continued. “We started discussions with Martin Audio and they made the negotiations very easy. Dealing with the team at Martin Audio has been effortless — they have a commitment not only to serve their products but also their partner companies; we have seen this commitment first hand recently in their ability to react at extremely short notice to a request for additional equipment for an event.”

The new system was showcased at Festival Republic’s high-profile Electric Picnic festival at Stradbally Hall, where ten MLA per side and eight MLX debuted on Stage 3. Providing technical support was Martin Audio’s R&D Director Jason Baird, and such was the sound quality that John Willis received an avalanche of complimentary texts from both sound professionals and members of the audience alike. “People remarked on the intensity of the system and how solid it sounded.”