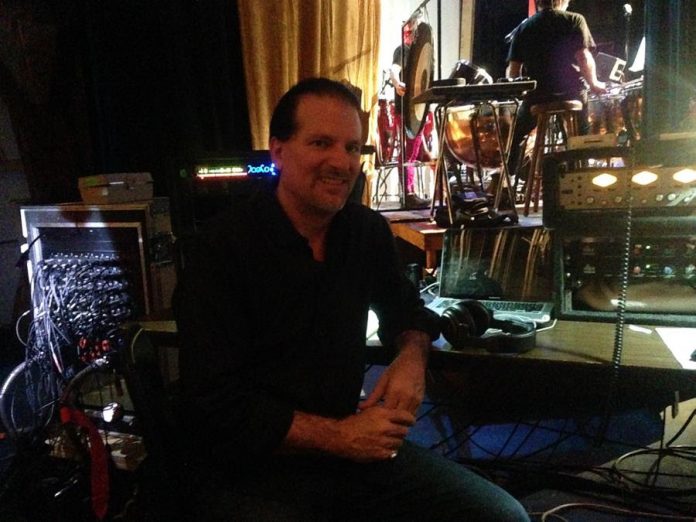 The leadership of composer/conductor Ross Wright (aka Elvis Schoenberg), the Orchestre Surreal, a line-up of leading Los Angeles session players, is currently crowdsourcing for a documentary film while performing on a regular basis. For a recent show at the El Portal Theatre in North Hollywood, footage of which is intended to be included in the movie, Wright contacted his friend, producer and engineer Jim DeCicco, to capture a multi-track recording of the ensemble in full flight.

“This was going to entail 48 channels of open mics and miles of cable during a live theatrical performance, so I knew right away that I needed a bulletproof recording system with flawless features,” DeCicco said.

Fortunately, North Hollywood-based pro audio rental service Audio Rents alerted DeCicco to the existence of JoeCo’s BLUEBOX BBWR24MP Workstation Interface Recorders. Recently launched by JoeCo, BLUEBOX is the only high-end studio interface that also offers professional-grade field recording capabilities, plus a unique back-up facility to ensure no audio is ever lost, all in a 1U, 19-inch rack-mountable unit. The top of the range BBWR24MP boasts 24 mic/line inputs and balanced outputs, with 24 best-in-class mic preamps operating at up to 24-bit/96kHz. Local audio is recorded direct to an external USB2/3 drive in time-stamped Broadcast WAV format for instant ingest into a workstation.

To capture the equally unique stylings of Orchestre Surreal, DeCicco deployed two BLUEBOX BBWR24MP units, and enjoyed a seamless experience from the off. DeCicco commented: “I ran all my signals direct into a splitter snake and ran direct from there into the BLUEBOXES. From my first power on with no previous experience, I was able to capture the signals with zero hums or buzzes, and get all 48 channels of mic and line inputs gain configured, levelled and built into an enjoyable headphone mix in a very short time.  Even when the BLUEBOXES were powered off, they kept their settings.”

DeCicco highlighted the high-quality channel strip functions such as phantom, mic pre, phase and “the excellent limiter – all inside a single space.” Subsequent to the recording date, it was possible to mix all 48 stems “into a workable release in only one post session.”

The result is that, after just a single major project, DeCicco regarded the BLUEBOX as “my first choice, ‘go to’ recording solution for any critical live or in-studio real-time multi-track recording requirement. I am hugely impressed with the performance and feature-sets.”