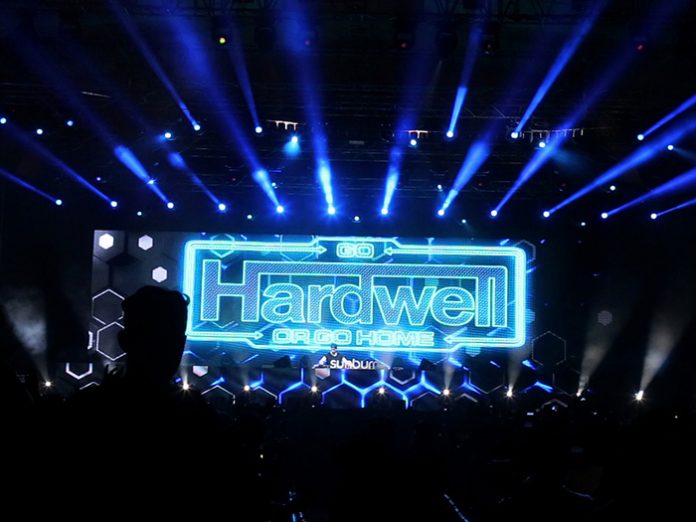 Appearing on his I AM Hardwell tour, the Dutch electro star performed before a sold out crowd of 15,000 people with many others waiting outside the arena.

MSS has been representing PR Lighting in the sub-continent for the past decade, and the company provided Lighting Designer, Dinesh Verma, with 20 of the popular XR 200 Beams. These were used on the main stage and succeeded in creating “an amazing effect” according to Sahil Wadhwa, Director at Oneup Productions (MSS’ production company).

Looking for a tight, powerful parallel beam from a low wattage source, Sahil said, “We needed to choose a fixture that would provide the best beam possible and the PR XR 200 turned out to be the best option.

“We were already entirely familiar with the fixture as we have been using it for a long time. We used new lamps for the show and it turned out to be a perfect solution.” Underlining its popularity, Sahil continued, “The XR200 is our preferred choice for concerts such as this, just as it is for various lighting designers around the globe.”

The lighting was triggered from a grandMA2 Full Size console (with a second for back-up).

“The XR200 Beam proved to be a great choice for this event and more than delivered the required output,” stated Sahil Wadhwa in summary. “We are also handling a number of theatre shows, where this fixture is being used, along with many wedding events in the city.”

He stated that PR Lighting had become a preferred lighting brand for all lighting designers working throughout the country.