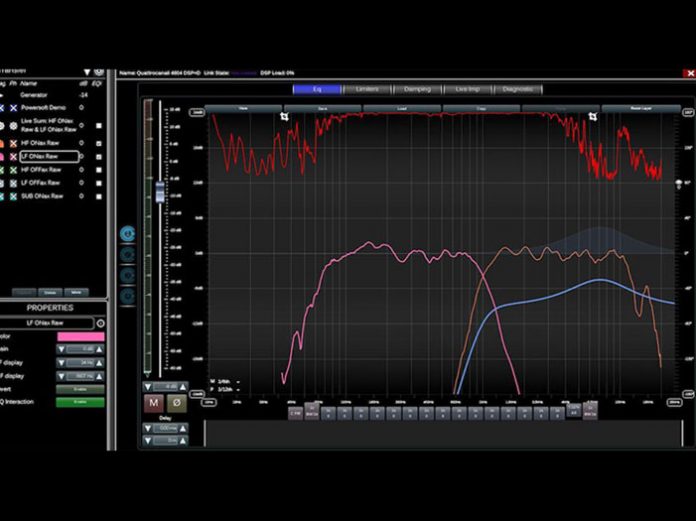 “While our mastery of Class D amplification, Power Factor Correction, and other innovations makes Powersoft’s hardware superior, it is our Armonía software that helps ensure peak performance of our hardware in any setting,” commented Gino Pellicano, US & Canada Applications Engineer, Powersoft. “With Armonía 2.10, we have integrated our Interactive Tuning Plugin with the incredible measuring capabilities of Smaart to make system tuning easier and more effective than ever before. With these YouTube videos, we are ensuring that our users can get up to speed on the latest capabilities of Armonía and optimise their workflow.”

The first video walks users through setting up input from Smaart within Armonía, allowing users to store and recall Smaart’s data traces seamlessly. Harnessing detailed measurements taken from reference microphones, these traces will help inform tuning decisions made within Armonía to maximise fidelity and performance.

The next video demonstrates how users can employ Smaart’s noise generator from within Armonía to create spectrum data traces using one or more reference microphones, as well as how to capture transfer function data traces including magnitude and phase. To improve readability and usability of the traces, the video shows how Armonía enables users to tweak the colour and names of traces and even crop individual traces to display only the relevant information and reduce clutter.

The third video shows users how to overlay Smaart’s measured traces on top of any EQ section within Armonía for a given Powersoft amplifier channel. Utilising Armonía’s invert function on the measured curve, the video demonstrates how a compensatory EQ curve can easily be drawn to match. Upon hitting the EQ interaction button, those filters are applied to the stored transfer function trace, allowing the user to quickly optimise system response, even when offline.

In the final video, an all-pass filter is employed to better align the phase of the two drivers. The video also shows a real-world sound example in which measurements taken at three mic positions within a space allow strategic manipulation of the delay of the subwoofer channel to solve alignment issues decisively.