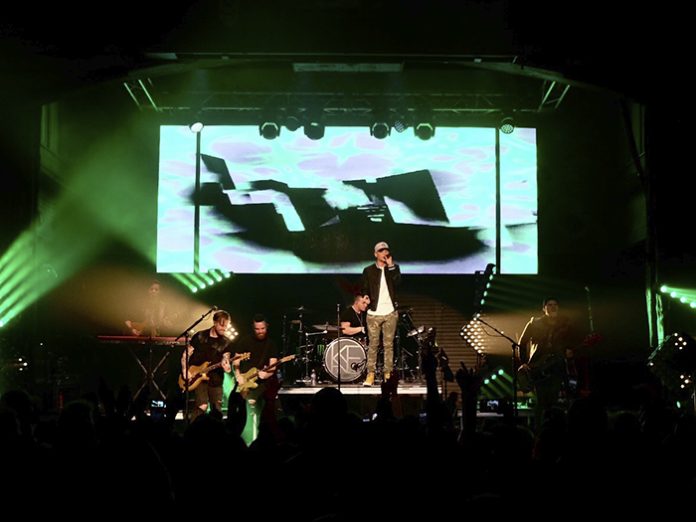 “Since he would be playing a wide variety of venues, we had to create a tour design that would work in houses of all sizes, but we also had to look at the logistical factors,” said Lisle. “Needing compact touring elements, we were very fortunate to have the FLEXCurtain HD LED video wall because it is a bright product that can pack away very easily and requires minimal tech time for the load-in and load-out.”

The FLEXCurtain HD is a lightweight and flexible LED video screen used for high resolution video playback and video effects. Its hi-res LED video can be driven by DVI outputs, with a flexible design making it easy to store and transport.

Lisle continued: “When management and I started discussing the tour, we knew we would have the main LED video wall and the two side columns, so we worked a lot of the production design around the wall.”

Understanding how the LED video and lighting needed to complement each other, Lisle worked with programmer Erik Parker to ensure that all the elements stay connected throughout the show.

The Ain’t No Stopping us Now Tour continues across the United States throughout 2017.