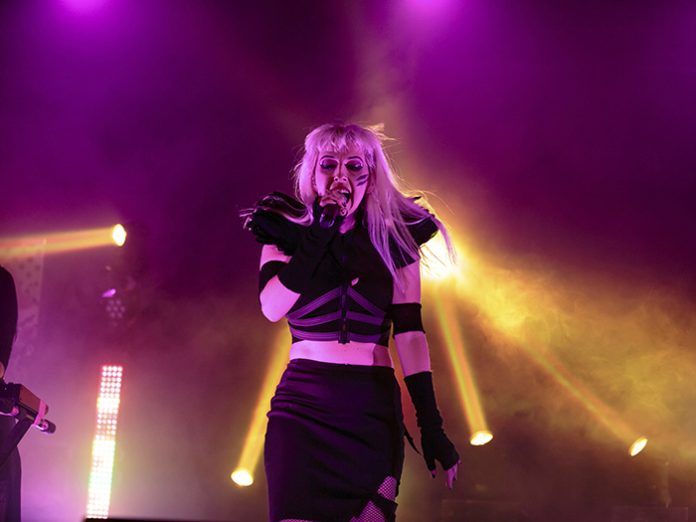 The dot2 core ease of use meant that the band’s drummer was the designated technician for the tour, setting up the whole show in under 30 minutes at each stop. “The entire show ran off time code so the drummer didn’t have to touch the console during the day except to turn it on and off,” said Duncan. “It was a true plug-and-play situation every night.”

The dot2 core is designed for small to medium-sized productions. It includes a full programming section, master playback section, six fader playbacks and 12 individual playback buttons. Two built-in touchscreens and support for one external touchscreen ensure the dot2 core has the flexible hardware required for almost any kind of show.