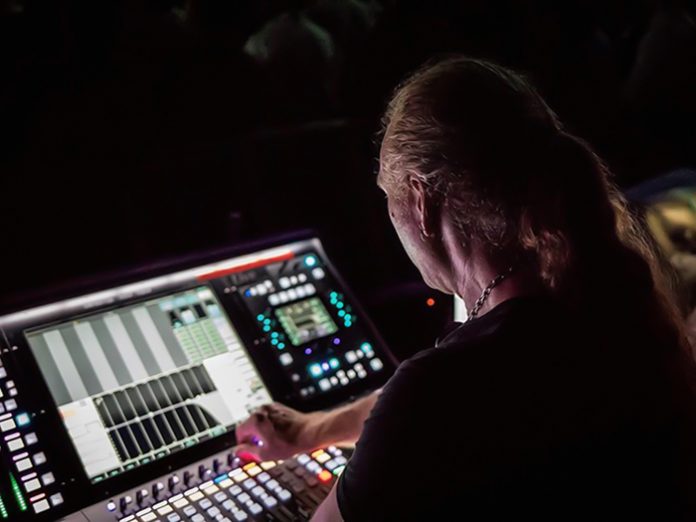 Phoenix is an indie pop band from France that has enjoyed a long period of success and a string of popular albums since the first one came out in 2000. The band’s latest Album, Ti Amo, was released last year and has been the focus of their most recent world tour. Experienced Front of House Engineer Matt West (Motorhead, Snoop Dogg, The Cure, Eminem) specified a Solid State Logic L500 live digital console.

While West has extensive experience on digital consoles, he said he has mostly used them for ergonomic reasons, rather than sound: “I’m an analogue engineer and I come out of that world. Perhaps it’s semantics, but there’s a warmth that you don’t normally get with zeros and ones – at least that’s what I thought that until I came across the SSL.

“On previous tours, I had an outboard rack that I’d carry everywhere with me, with some nice compressors like DBX160s, Distressors, 901s. All that lovely sort of stuff. During rehearsals, I thought I’d try out the onboard dynamics. The console sounded great, so I don’t use that rack any more, and I haven’t missed it.”

Phoenix takes a very creative approach to its live sound, and West is invited to be part of the performance, playing in filter sweeps, muting parts of the PA, and so on. “We have a great relationship, and the desk is all-important in that because that is my tool, my instrument,” he said. “If I’m not able to do things on a console that we’re trying to reproduce then I find limitations. To date we’ve been able to do everything the band or I have thought of. And that says it all.”

One aspect of the console that West describes as a ‘game-changer’ is the inclusion of the highly adjustable All-Pass Filter on all processed paths – inputs and outputs. “There are always issues with phase,” he noted. “…And you only ever have the basic 180-degree invert button, so you can easily lose your bottom end, or part of the mid-range… Not with the all-pass filter. The ability to adjust the frequency and Q of what you reverse has opened my eyes, or ears, to what is possible with phase. Both on single inputs and grouped. You can check this at every stage”

West is certainly convinced: “Everything about the desk, for me, works really well… I can mould the surface into anything I want, it’s got big buttons, clear lights… It’s quick to operate. And it sounds so warm, just on its own. All of the onboard gates and compressors – even the channel ones – are fantastic.”