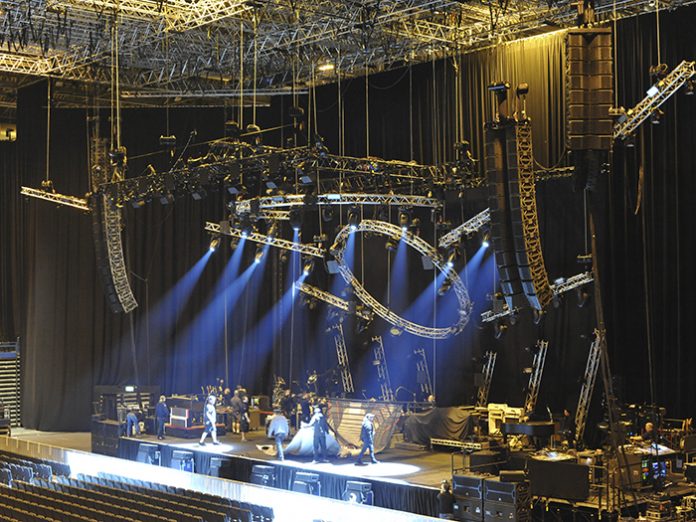 With a career spanning almost five decades, Status Quo are one of the few acts who can genuinely be called legends. In early 2016, the band announced their final electric tour, the aptly-named Last Night Of The Electrics, for which London-based Capital Sound deployed their Outline GTO C-12 rig. Long-standing FOH engineer Andy May agreed to use the system following a recommendation from Dave Roden.

“I try to mix the show the way I would want to hear it, nice and punchy with lots of vocals so the crowd can sing along,” May commented. “Francis Rossi in particular is very in touch with the audience and they hang on his every quip, so having his vocal mic open and crystal clear is paramount. I go for big drums sounds, fat guitars, a good layer of BV’s and make sure all the guitar solos are present.”

Capital’s Senior Project Manager Martin Connolly commented: “The system has also completed a very successful tour with Il Divo in 2016 and the fact that it can handle such diverse styles of music while keeping the respective FOH engineers and crews happy is a huge benefit for us.”

In late 2016, Rick Parfitt announced his retirement from live performance due to ill-health. It was subsequently announced on 24th December that he had passed away following complications from a shoulder injury. Outline and Capital Sound wish to express their condolences to his family, friends and fans.