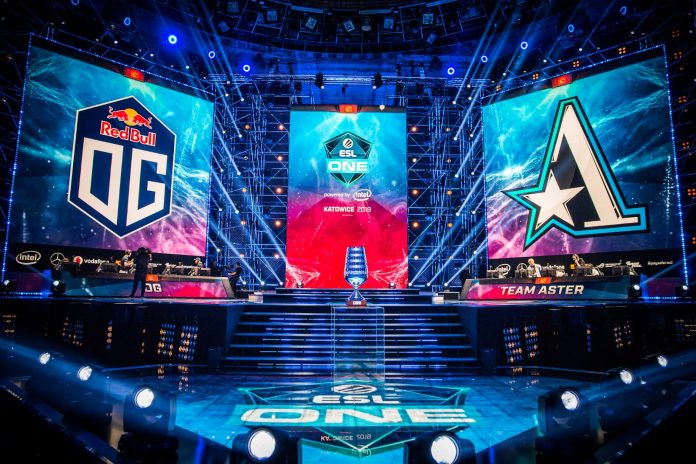 Intel Extreme Masters is at no doubt one of the biggest esports event in the world with a most recognisable modern multimedia stage designed especially for esports tournaments.

The structure of the stage with its scaffolding was originally introduced in 2015. The fundamental element of many stages setups was used not only as a support system but also as a piece of decoration. That look has become a signature of IEM Katowice at that time as so it is still today.

There were many new elements of the stage layout at the Intel Extreme Masters Katowice 2019 broadcast. This year’s design features a giant automated LED screen on the central part of the main stage from which pro gamers are entering the stage. Catwalk, where the IEM trophy is located, was totally reworked and combined with the rest of the stage.

Thanks to that, with a RobeCam use, many extraordinary pictures could have been created. The famous versus wall shape was totally renewed featuring LED floor on top. The concept that stands behind these changes was to put more focus on the trophy and incorporate it into the stage layout.

Despite set changes, a light design project has been completely renewed featuring new lighting fixtures and LED bar frames built around the screens behind the teams. Almost 400 sqm of LED screens were used and 650 lighting units.

“Every year we are trying to introduce something new to the stage look, so the audience both online and at the venue will be amazed and will have a great experience while watching. We put a high bar at the year before already but we hear both from our client ESL and while reading assessments I believe we managed to meet expectations. No doubts, that having a major rank of the event these were set very high.” said Michal Mrzyglocki – COO and set designer from ARAM.

During 2019 edition of Intel Extreme Masters Katowice apart from the main stage in Spodek, there were also different setups that ARAM’s role was significant: ESL Katowice Royale, IEM Legends Stage, IEM SC2 Stage as well as Intel Challenge Stage – equipped with the latest lighting, video and stage automation technologies. Two kilometres of trussing, almost 1800 lighting fixtures from which 650 moving lights, around 800 square meters of different LED screens, more than 100 motors, tons of constructions and decorations, all packed in 30 trucks with 160 crew members working hard on the setup at the peak.

“We started our cooperation with ESL on Intel Extreme Masters Katowice back in the days in 2014. So much has changed from those times but what has not changed are the people standing behind the curtain. These two things are making IEM Katowice a very special event for us and we are proud that we can be a part of it. We haven’t said the last word yet and we are already thinking of how to entertain you in 2020!” said Mrzyglocki. ARAM has been a technical production partner for most of the major esports events produced by ESL around the whole world for the past few years.