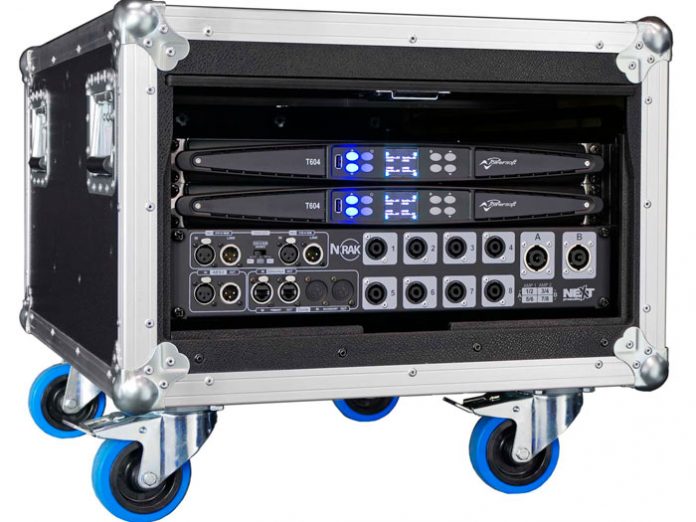 NEXT-proaudio has developed on the unified rack solution N-RAK, designed for optimum performance flexibility and setup simplicity. The new rack was configured to interface seamlessly allowing multiple configurations for the entire NEXT-proaudio’s product range. Consisting of a family of two new different models, N-RAK 6 and N-RAK12, all the new N-Raks are equipped with Powersoft T604, featuring Dante audio networking functionality.

The new N-RAK 6 and 12 have Dante, AES3 and Analog inputs for multiple connections, making the setup process greatly simplified and much more efficient than the former LA Rack. With the Powersoft amplifiers already built-in and no assembly required, it’s an easy-to-configure, all-in-one amplifier solution that eliminates the process of building amp racks.

The N-RAK touring rack offers an advanced rack solution for all NEXT-proaudio’ systems covering signal and power distribution in a plug-and-play touring package.

The N-RAK versatility extends to delivery as well, since its dimensions were projected to allow easy shipment on European trucks, sea containers and other transportation modes.