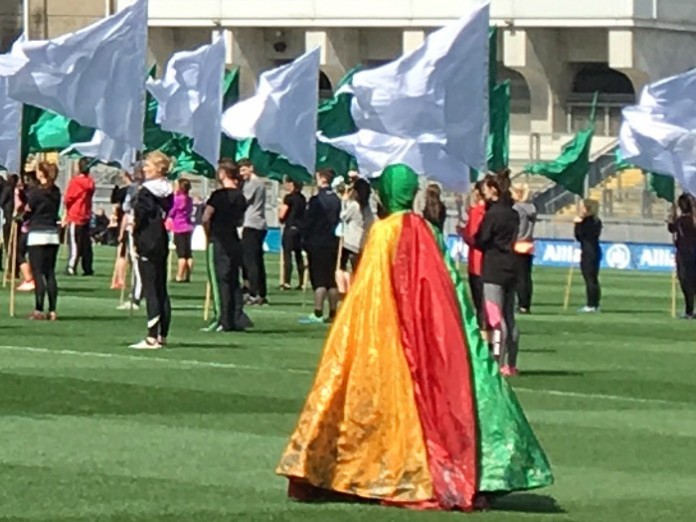 In the hands of Wicklow-based systems rental house Sound Design, Nexo’s STM Series line array systems have played a prominent role in Dublin’s month-long official commemorations of the 1916 Easter Rising, the long and bloody rebellion of the Irish people against British rule.

‘Ireland 2016’ was an ambitious and wide-ranging national commemoration with an extensive programme of music and speech, theatre and sport. As in 1916, some of the most significant events took place in Dublin, where large crowds attended ceremonial parades and entertainments, culminating in a multimedia spectacular at the legendary Croke Park Stadium.

Irish president Michael Higgins and Taoiseach Enda Kenny were guests of honour at Croke Park, along with 82,000 spectators who watched two premier Gaelic Football league finals before a special theatrical production. Produced by Tyrone Production, directed by Ruàn Magan, the event presented the story of Ireland, embellished by the best elements of Irish cultural entertainment, including of course Riverdance.

Rental company Sound Design recently made a significant investment in Nexo’s STM Series modular line array, ahead of its contracts to provide PA for several events in the Ireland 2016 programme. MD John Vickers explained that “the new STM M28 main cabinet has transformed the line-up, and made it completely relevant to our work. It is more versatile in its dispersion and its weight, and we can fly it in a theatre or groundstack it in a stadium with equally impressive results.”

The Croke Park spectacular was the first outdoor event for Sound Design using the STM M28, together with the partner S118 sub. 12 groundstacks were brought into the stadium, each comprising 2x M28 2-way main cabinets with 120° of horizontal dispersion, mounted on top of a S118 sub. All the loudspeakers were powered by 4x Nexo’s NUAR units, each rack containing 2x NXAMP4x4s to control 3x stacks of STM.

The stacks were placed pitchside, spaced across the front of the main grandstands, and tied into the stadium’s house system, which took care of the highest levels of seating. ““The show’s designers needed more ‘oomph’ and bass end than the house system could provide, for example to amplify the taps of a hundred Riverdancers. Tying the two systems together gave us some time alignment challenges but the idea was to use the Nexo STM stacks to give the impression of sound coming off the pitch, with the house system creating a surround sound effect,” explained Vickers, who designed the show using Nexo’s proprietary NS-1 software.