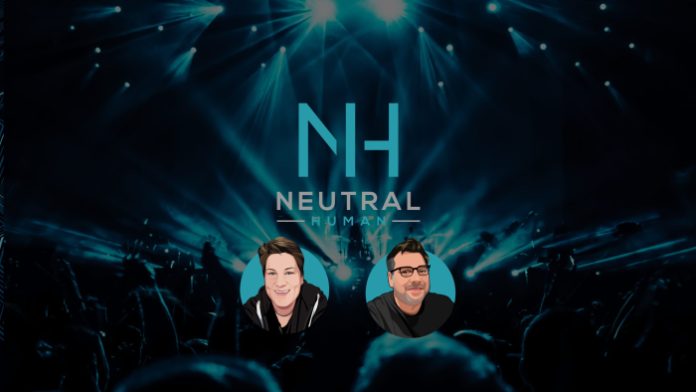 With decades of high-end experience behind him, Dickens first established a solid working relationship with NH founder, Sarah Cox, while working at media server manufacturer disguise as Head of Support and Sales Director EMEA, respectively.

“At disguise, Christian and I laid out many successful strategies for onboarding and managing client adoption of complex software and hardware tech as the company grew,” said Cox. “We both understand what each other does and where our strengths lie. Between us, we seem to create the perfect hand-off in the client journey, from discovery to purchase, and then to onboarding.”

Dickens has been in the entertainment technology industry for an impressive 26 years, specialising in video tech across a variety of verticals from concert touring to theatre, film and TV.

“Working in a number of different fields has helped me develop an understanding of what people want and need to help drive the technology forward,” he enthused. “I think mine and Sarah’s skillsets really complement each other and will therefore allow NH to expand its services and solutions to companies that wish to grow within the entertainment community.”

He continued: “Sarah and I share the same vision so the opportunity to create and expand together was an easy decision for me to make.”

Dickens – a well-respected technical mind in the world of media and video – was already consulting for several companies in the same space as NH, which gave Cox the idea to discuss the possibility of him joining her new venture.

“It quickly became obvious that we should go on this exciting journey together,” said Cox. “I couldn’t think of a more perfect partner to help take Neutral Human to the next level.”

Despite the fact that NH was only founded in March, the company has seen encouraging growth and overwhelming industry support in the few months since, with new additions to its technology partner network already cemented.

“It’s very clear that NH has hit a black spot in the market,” Cox explained. “This industry is a melting pot of inventors and innovators, and it feels like a great time to establish a company focussed on helping technologies expand their sales networks, customer reach, and go-to market strategies.”

NH has found its calling by deciding to focus on technology partnerships and consultancy for service companies that are entering ‘newer’ markets such as virtual production and immersive experiences.

“Some of what we do isn’t marketable, as we sit in the background strategically, but our technology partners, such as Stage Precision and SmartStage are far more visible,” added Cox.