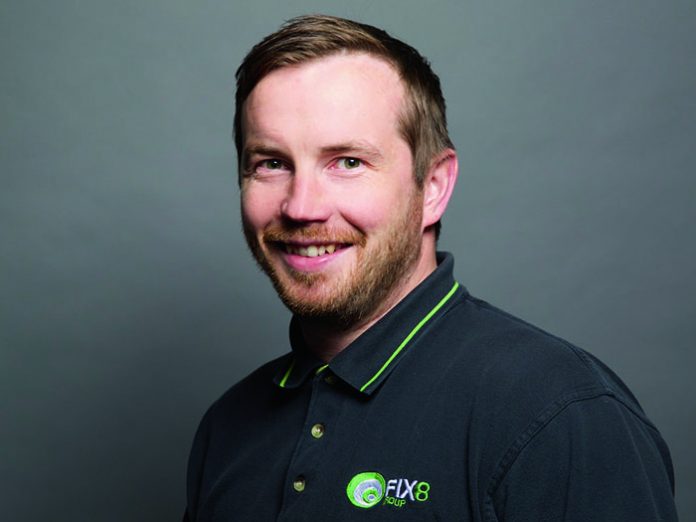 How did you first get your start in the industry?

I was always involved with amateur production from an early age as my mother used to make costumes at my school. I then got a chance to do a work experience with Vari-Lite on Stars In Their Eyes at Granada studios. It was only meant to be two weeks but it ended up being two months. I then really got the bug and started working with Andre and Dion Davie at VME when I was 17 – getting into lighting by accident. I met Nick Jevons and Philip Winward from Electricfly when I was at Loughborough University and they really got me on the correct path. I still have no formal training in this industry and this is 16 years on.

Could you talk through the origins of FIX8Group? There must have been a gap in the market for your skills?

FIX8 came about as there was no specific company looking after control systems from a creative standpoint. I got my first lucky break when Nick Jevons and Philip Winward asked me to work with media servers at Radio 1’s Big Weekend in Manchester back in 2003. I was on radlite V1 – the start of media servers as we know today.

This year the FIX8 team led the visual and content design for the TPi Awards. How was the experience?

It was a good challenge. You have your industry peers all in one room who all have an opinion, so I guess it was good to keep it simple and make the awards effective and as short as possible.

You’ve just completed working on the Eurovision Song Contest. That must be an extremely challenging project?

Eurovision is always a great experience and a massive challenge at the same time. It is the most professional team I have worked with and many of us did ESC back in 2013 in Malmö. This year was particularly challenging as the level of production for each nation had risen considerably. We had projection mapping for Russia with only 40 seconds to change over from the previous act and line up the projector. We had the moving mirror system from Barco so it was like going back to Golden scan programming. It was all a bit retro. Mikki Kunttu [Video Content Designer] is a creative mastermind and really knows how to get the best from the entire team and the technology he is using. I don’t think there is a better man in this industry for the knowledge he has.

Is there a live event from your career that really had an impact on you, how so?

There are too many to mention here. I guess I am very fortunate to work in an industry that is still my hobby with the crazy people who I have an honour to call my colleagues and friends. In a time where we are losing too many people close to our hearts, I would say that it is not a singular live event that has had the biggest impact, but the industry itself and people that I get to work with.