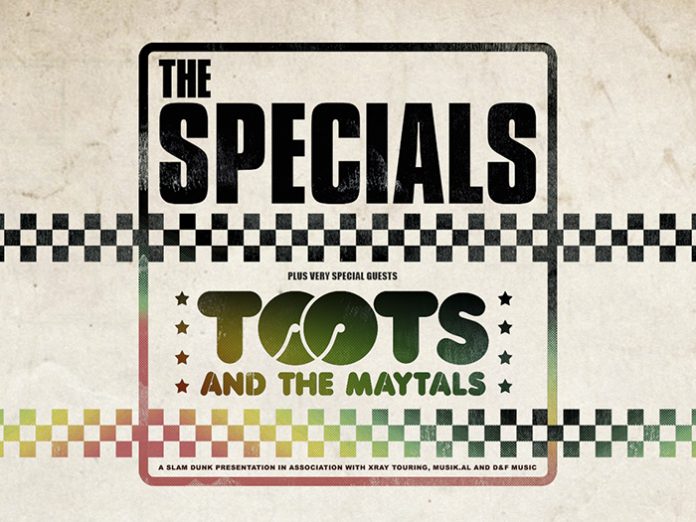 The NEC Group Arenas are utilising the external space at the NEC in Birmingham for their first ever outdoor concert at the site.

Next May, The Specials and Toots and The Maytals will debut the space the evening prior to the Slam Dunk Festival, with an expected attendance of 6,000. This will also be the first time the two bands share a stage. The idea to use the space was conceived after organisers of the Slam Dunk Festival wanted to add an additional standalone concert ahead of the Bank Holiday’s revelries across the Genting Arena and NEC site.

NEC Group Arenas Sales Executive, Charlotte Smith, said: “The NEC Group Arenas are yet again pushing the boundaries of what can be done at our venues, in conjunction with the Slam Dunk Festival and NEC teams. This will be the first time ever that we have held a full outdoor concert on the lakeside adjacent to the Genting Arena and NEC, and we are pleased that such iconic British bands will be the first to try it. If successful, we hope to add many more outdoor events of this nature to the NEC Group Arenas’ growing event portfolio.”

It was only earlier this year that the Genting Arena hosted its first Midland dates of the multi stage music festival. The move from Wolverhampton for the festival’s 10th Anniversary, increased capacity by 50% and made it one of the most convenient festivals in the UK for travelling music fans.

Slam Dunk Festival Director, Ben Ray, said: “After the massive success of this year’s festival I knew I could trust the NEC team to deliver another first of its kind event. With its great transport links and excellent facilities, it certainly was the easiest location ever to put a festival on! Now with one of the festival’s stages on a beautiful grass lakeside location it seemed a shame to only use it for one day!”