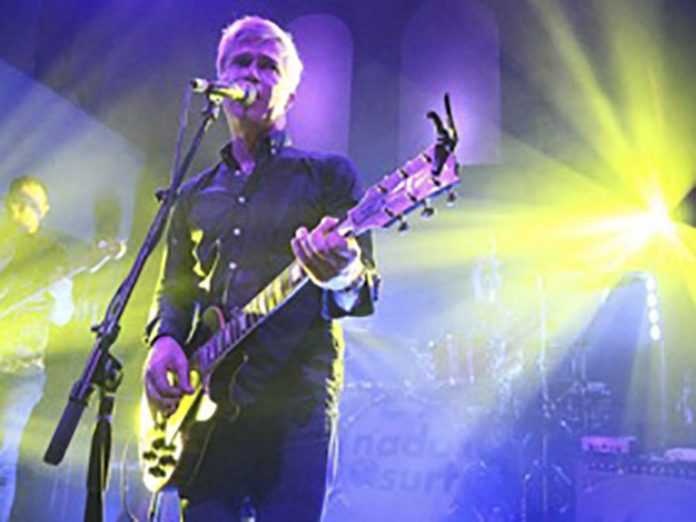 American four piece, Nada Surf, have selected a variety of Rogue and Nexus fixtures from Chauvet Professional in preparation of their upcoming US and European tour.

“Versatility was extremely important to me,” said Miller. “I selected these fixtures because I wanted a lot of different looks from a rig that was compact and easy to transport.”

Miller borders the drum riser with two Rogue R1 Spots and two Nexus four by one washes on both sides, positioning them on cases adding height to the fixtures. Miller’s two other Rogue units are on mid-stage cases pushed as far to the right and left as possible. The four remaining Nexus fixtures in her rig are arranged on the stage deck in front of the drum riser.

“I elevate the R1’s and keep them in the mid-stage area so I can create special looks focused on each of the four band members,” Miller explained. “The R1’s give great backlight on the band, and in some venues I’ll use them to project some engaging images on ceilings, in addition to some beautiful scenes on the back wall and backdrop.”

The Rogue R1 Spot is also being used for audience lighting. “I like using the R1 to reach out into the audience ceiling to really transform the space,” said Miller. “They are very powerful for their size and have such a great prism that I am able to use them as almost a wash unit.”

Miller also uses the Nexus four by one fixtures for back, up and side light specials for the individual band members. “The soft up lighting and intense colour of the Nexus really adds pop to the band,” Miller commented.