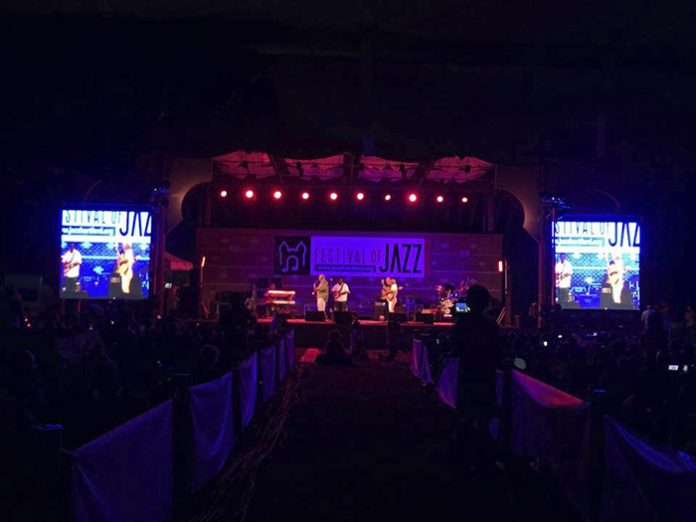 The panels, used by Image Production Services to create three large video walls, could be seen by around 70,000 attendees as the New England festival celebrated its 25th edition.

Darren Lussier of Image Production Services positioned two 10 by 10 tile walls on either side of the stage and a third eight by 16 tile wall out ‘in the field’ for added viewing.

“We used the third video wall as a delay screen,” Lussier elaborated. “The pixel pitch and viewing angle of the panels made it easier for fans to see the artists from anywhere in the surrounding area, which was very helpful considering that the crowds were so large a lot of people couldn’t get close to the stage.”

Lussier fed the panels’ content with a Roland V-800HD multi-format video switcher using an HD-SDI signal. “All the images were fed to the video walls very smoothly,” he said. “Setting up and tearing down the walls was also easy. The festival went off without a hitch.”

Greater Hartford Festival of Jazz ran from 15-17 July, serving up an eclectic mix of jazz, from the Latin sounds of the Bronx Conexión, to the South African music of Jonathan Butler, to the traditional New Orleans Dixieland of the Funky Dawgz Brass Band.