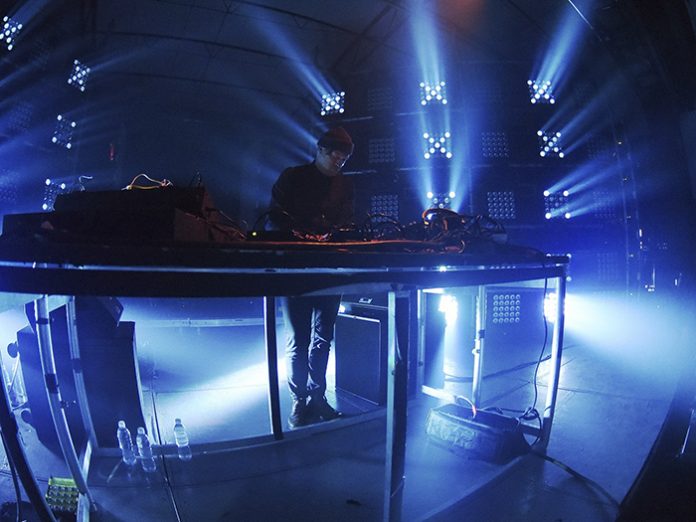 Mutek is a unique festival that celebrates the inspirational power behind digital creativity while promoting the cutting edge in electronic music and the digital arts. It originated in Montreal in 2000, and after expanding internationally, a Mexican edition has taken place each year in Mexico City since 2003.

The 13th edition of Mutek Mexico took place from 19-23 October 2016, and was one of the largest to date with creative digital expression spread across 10 locations around Mexico City. Acts such as Hiroki Umeda, Richie Hawtin and The Field served up inspirational electronic music using Elation lighting setups consisting of 60 Elation ACL 360 Matrix LED moving head panels, 14 Elation ACL 360 Bar LED battens, and 80 Elation Cuepix Panel LED matrices. Serpro Producciones of Monterrey and Power Led of Mexico City supplied the Elation lighting for the festival while technical direction for Mutek Mexico was handled by Cesar Coronado.

“Since the venues we were using had a lot of columns and were not very tall we decided it would be a good idea to cover the columns with a fixture that has many features in one, but also one that can stack on the floor and cover the columns from floor to top. Our choice was the Elation Cuepix Panel,” commented Coronado, who specified all the lighting fixtures for this year’s festival. Used in Play 1 & 2 and Foto Museo Room B, each Cuepix Panel is made up of 5 x 5 30-watt RGB LEDs with individual pixel control, which makes more creative effects possible. “Mutek is very monochromatic in the programming of the lighting and the Cuepix Panel’s pixelmapping ability, strobe and RGB colour wash helped us fill the room,” he continued.

The technical director lit the multi-sided stage in Play 1 & 2 using ACL 360 Bar LED battens that he placed on the floor. “The stage had three sides – front, left and right – so that the audience could see the artist from different perspectives,” he explained. “We created three equal faces of the stage with the same amount of fixtures on each side so that the lighting experience felt the same from each side. The role of the ACL 360 Bar was to delineate each side of the stage so we could create a complete wall of light.” The high-output colour-changing LED batten allows for unique moving effects that you just can’t get with traditional fixtures. Coronado added, “With the fixture’s continuous 360-degree movement we didn’t have any limits.”

In Foto Museo Room A – the main room at Mutek – Coronado hung 60 ACL 360 Matrix LED moving head panels on two scaffold structures to create walls of light and combined pixelmapping and the fixture’s 360-degree continuous rotation with the power of the LED lamp to create stunning looks. Using 25 individual 15W RGBW LEDs and with a tight 4-degree beam from each lens, the ACL 360 Matrix’s continuous rotation and individual pixel control make a variety of dynamic effects possible.

Mutek is a creative person’s delight and continues to be one of the most novel festivals on the calendar. The 2016 Mutek Mexico festival drew large crowds and was the most successful to date. Coronado acknowledges Festival Director Damian Romero, who was an essential part of the creative process, as well as Alexis Laurence, Production Designer of Foto Museo Room A & B, and Alexandre Péloquin, Lighting Operator of Foto Museo Room A.