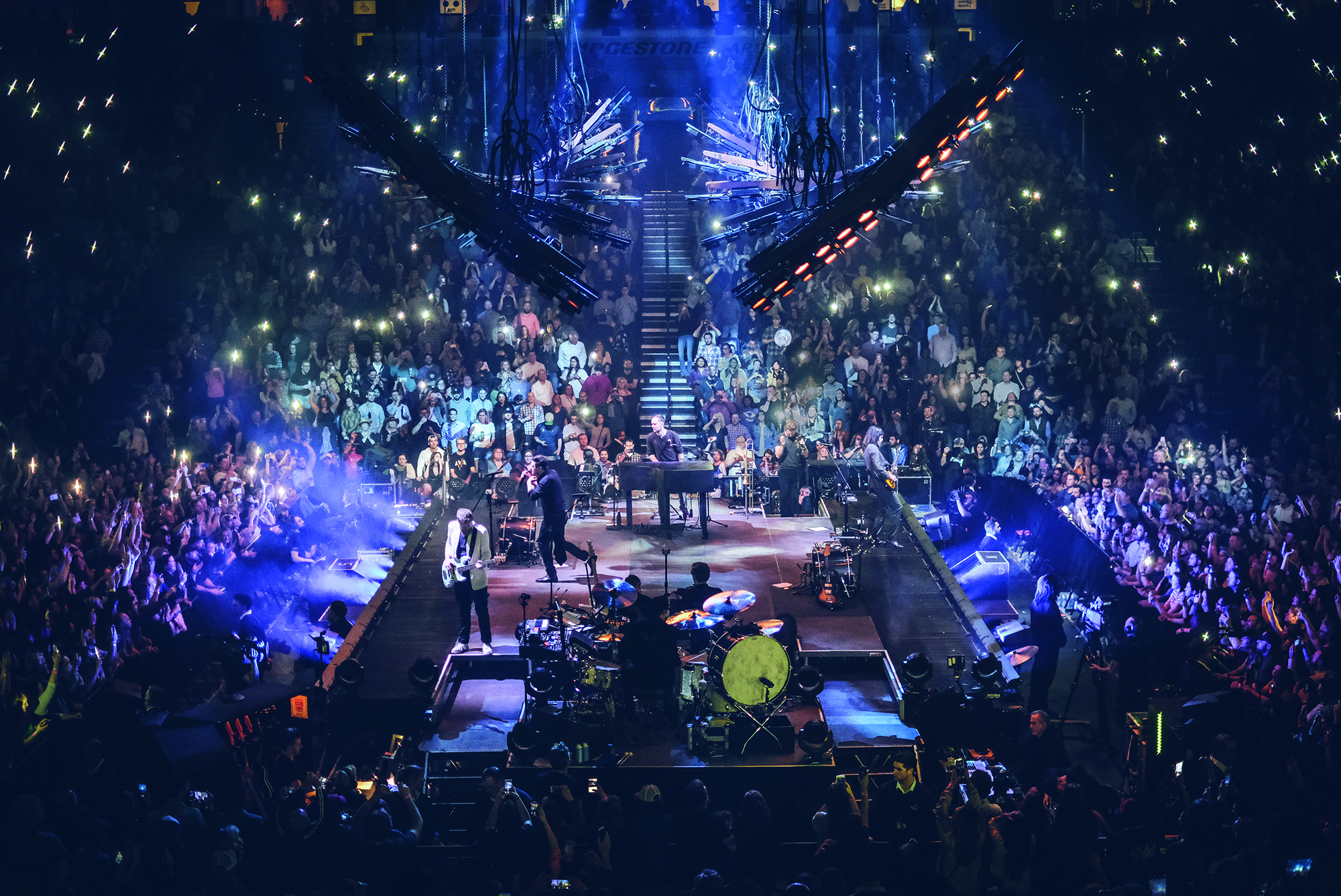 Mumford & Sons burst onto the UK music scene with their fresh take on traditional folk music over a decade ago – ten years since songs such as The Cave and Little Lion Man became certified anthems of our time. Now, four albums deep, it’s clear the quartet won’t be sticking to the same tried and tested formula. Delta, which was released late last year, saw the band expand their musical range and experiment with more electronic elements. While fans eagerly awaited the latest release, Mumford & Sons’ production were busy concocting a new stage show to elevate the band to a new level as a live act. The result was the group’s first venture into the world of 360° touring. On the road since November, the production and crew have risen to the challenge – including stage set alterations – presented in dealing with the rigours of an extensive touring schedule.